Logos 9 was released yesterday. If you’re thinking about upgrading, you can get 15% off from this page.

Today’s Kindle deals include quite a good number of titles. My latest book Epic: An Around-the-World Journey through Christian History is there today along with the forthcoming Blogging for God’s Glory in a Clickbait World for which I wrote a foreword.

Assurance in the Age of Cancel Culture

Lauren Graham writes about fears introduced by cancel culture. “If I am perfectly honest, ‘cancel culture’ scares the heck out of me. It paralyzes me to my core and often keeps me from living the life that Jesus calls me to live. When I graduated from Seminary, I entered into a war that I never saw coming and this article is an outpouring of my inner war with ‘cancel culture’ and fear of man. These Biblical truths are weapons of warfare for me in the middle of my fight with ‘cancel culture.’”

Here’s news of an interesting historical discovery. “It is a Tudor warrant book, one of many in the National Archives, filled with bureaucratic minutiae relating to 16th-century crimes. But this one has an extraordinary passage, overlooked until now, which bears instructions from Henry VIII explaining precisely how he wanted his second wife, Anne Boleyn, to be executed.”

Do My Past Sins Work Toward My Future Good?

I quite appreciate John Piper’s handling of this question. “The promise of working for our good is not the same as the promise of working for our maximal happiness. Now, I know that this introduces a distinction that many people have not, perhaps, thought about — namely, that in heaven, there will be varying rewards, which correspond, I think, to varying capacities for happiness; meaning, everyone in heaven will be fully happy (that’s the meaning of heaven), but that some will have capacities of fullness greater than others.”

“Watching a tree’s leaves change color really is a beautiful thing to behold. It’s usually not all at once. First, there is that small patch of yellow or red that starts to creep in, giving you a few days of warning that the fireworks are coming. What is amazing to me is that all the beauty we see is actually because the leaf is ‘dying’. The leaf stops its food-making process, the chlorophyll (what makes the leaf green) breaks down, and an array of colors marks the beginning of the end.”

I link to this one because Joe Rogan is quite popular among Christians, and perhaps especially young men, and for that reason I think it’s worth attempting to understand the appeal. To that end Beth Smith asks, “Why is Rogan so popular? Why do millions tune in to three-hour episodes to hear Rogan converse with philosophers, authors, scientists, and politicians? And what lessons might his counterintuitive success hold for Christians?”

The Time-Traveling Temptation of Jesus

This article shows how Jesus’s temptations worked both back and forward.

How The Experts Messed Up On COVID

One of my interests of late has been society’s loss of confidence in experts and expertise. What was already an unfolding trend has surely been accelerated through this pandemic. This article explains how and why experts made some significant unforced errors that exacerbated that loss of confidence.

Flashback: Be a Living Example of God’s Living Love

No work of art is more beautiful, more precious, than a life lived for God in imitation of his Son. 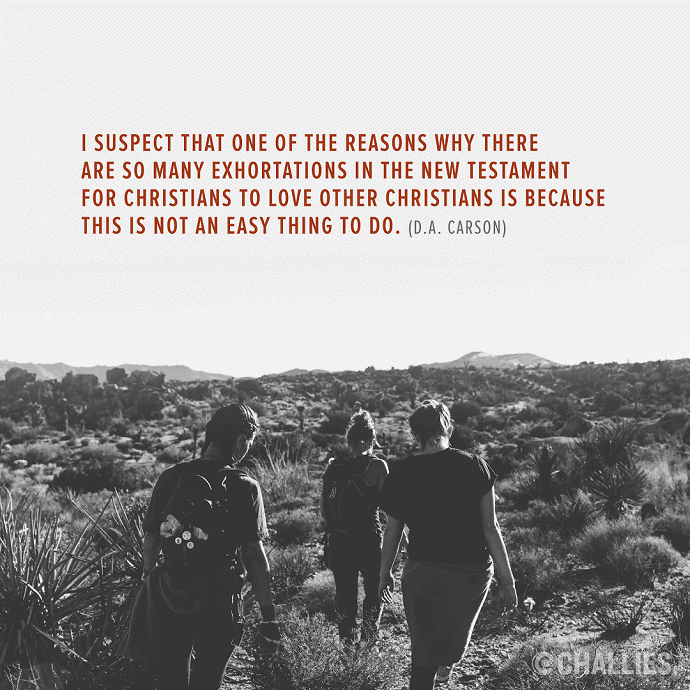 I suspect that one of the reasons why there are so many exhortations in the New Testament for Christians to love other Christians is because this is not an easy thing to do. —D.A. Carson