Today’s Kindle deals include a volume of the God’s Word for You series, which make for excellent devotionals.

Here’s Carl Trueman: “The Reformers outlined several marks of the church: the preaching of the Word, the administration of the sacraments, and, at times, godly discipline or biblical worship. Today, they would need to add another: constant apologizing to the world.”

A Bible for the Conspiracy Theory Generation

Learn, pray, and work together to become God’s big-hearted people through Tony Payne’s The Generosity Project. Small groups, churches, or a few friends can use the book, free online videos, and the free leader’s guide to engage with the Bible, hear from leading pastors and teachers, and live a life driven by God’s powerful, salvific, generous Son. Add this six-session course to your curriculum and get started! (Sponsored Link)

Not Enough Atoms in the Universe to Model Your Brain

The brain is a wonder.

Will Your Life Count When You’re Gone? A Plea for Spiritual Fathers

Greg Morse: “Men of God, we are engaged in a multigenerational war for the glory of Christ. Unless our Lord returns first, our sons will have a battle to fight long after we are gone. Should we show so little interest to train them? Let the story of Judah’s greatest king, Hezekiah, warn us from doing many valiant deeds for the Lord and yet, in the end, failing the future men who need us.”

Honoring Those We Disagree With

“In our current cultural moment of vitriolic debate and amplified voices in ubiquity, this counter-cultural command from a long-gone apostle pierces through the noise, resounding in a collective pause and an instant response: Honor everyone? Are you sure, Peter? Yes, everyone.”

No, Nicaea Didn’t Create the Canon

John Meade addresses a common (and often deliberate) misunderstanding. “Ideas have consequences. One idea that has yielded dangerous consequences is the notion that the Council of Nicaea (AD 325), under the authority of Roman emperor Constantine, established the Christian biblical canon.”

The Joy Of Church Membership

It’s good to sometimes reflect on the joys and benefits of church membership.

Flashback: Not In Part But the Whole

Have you ever considered your life, your death, and your eternity if you had to face God with your sins only partially forgiven? Can you imagine singing, “My sin, not the whole but in part”? 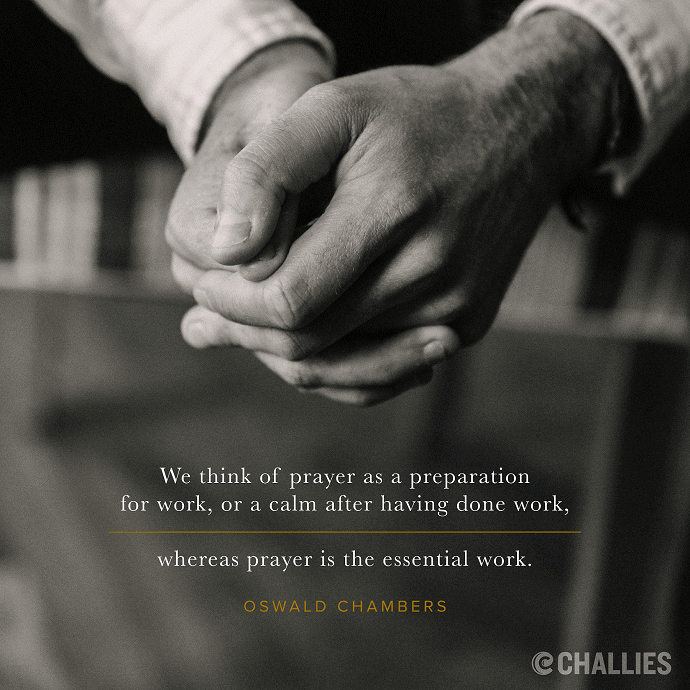 We think of prayer as a preparation for work, or a calm after having done work, whereas prayer is the essential work. —Oswald Chambers