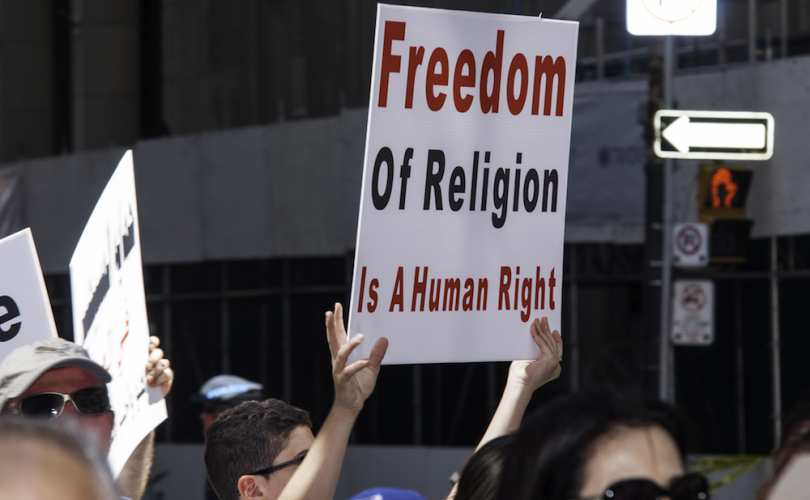 The religious liberty triumphs of the past several days are important, but they’re not enough. Not nearly so. We need to contend about the truth of the matter. Through legislation and litigation, we need to make it clear that it’s lawful to act on the convictions that we are created male and female and that male and female are created for each other. Privacy and safety at a shelter, equality on an athletic field, and good medicine are at stake for everyone—religious or not.

The past two weeks brought welcome rulings from the Supreme Court on religious liberty. We should celebrate these victories, because religious liberty is an authentic natural and human right. But it’s not enough. And even the best of religious liberty wins can’t adequately contend in a proxy war over substantive issues.

We must do more politically to protect human flourishing and the authentic common good. This is particularly true with respect to the Court’s Bostock ruling, which read progressive gender ideology into our nation’s civil rights laws. A good ruling on the ministerial exception in Our Lady of Guadalupe, while important, does not even begin to address the many concerns there.

Religious liberty, after all, doesn’t protect people who aren’t religious but reject progressive gender ideology. It doesn’t protect other goods and interests threatened by progressive gender ideology. And it doesn’t respond on the merits to the underlying disputed questions of truth. We need a more holistic response in terms of legislation and litigation to protect all people and all the various goods and interests at stake. We need to contend about the truth of the matter.