Today’s Kindle deals include some classics as well as commentaries by Stott and Kidner.

Systemic Racism, God’s Grace, and the Human Heart: What the Bible Teaches About Structural Sin

Albert Mohler has a helpful look at systemic racism. “Sin corrupts every institution and every system because, one way or another, sinful human beings are involved. This means that laws, policies, habits, and customs are also corrupted by sin. We are called to do everything within our power to expunge sin from the structures of our society. Christians know that the justice of God demands that we do so. At the same time, we cannot accept that the structural manifestations of sin are the heart of the problem. No, the heart of the problem is found in the sinfulness of the individual human heart.”

This one comes from First Things. “Today’s iconoclasm should trouble us. Not because it judges the past, but because it fails to uphold any permanent ideals against which the past or the present might rightly be judged. If anything, the movement goes out of its way to smash traditional symbols of moral authority and repositories of moral wisdom.”

Train Up a Child? (Video)

I have seen the same thing locally—the unity that came with the beginning of the crisis has already given way to sniping and fighting. “I don’t think I’m responsible for policing the opinions of my neighbours but I do feel responsible for having started the group, and am sorry that it is now splintering. My aim was to strengthen the neighbourhood, not create a platform for new animosities to form.”

“Most of us – at least here in the US – have been locked away for three months. The use of social media has been one of the ways people have been able to ‘get out of the house.’ But as we start to regather into our congregations I wonder if turmoil that began on social media will carry over into regular church life.” I expect that in many cases it will.

What the Tentmaking Business Was Really Like for the Apostle Paul

What was tentmaking like for the Apostle Paul? And how big a role did that play in his life? Here’s a brief attempt at an answer.

Here’s Ed Welch on day-by-day discernment. “This way or that way? Right in God’s eyes or right in our own eyes? Two paths. One is self-destructive; one is filled with life. Our lives are now brimming with daily judgments of ourselves and our world. These judgments determine our course and carry eternal consequences.”

Flashback: Mark Zuckerberg Covers His Webcam. Should You?

In an age of ubiquitous data collection, there is wisdom in taking some basic measures of self-protection and self-preservation. 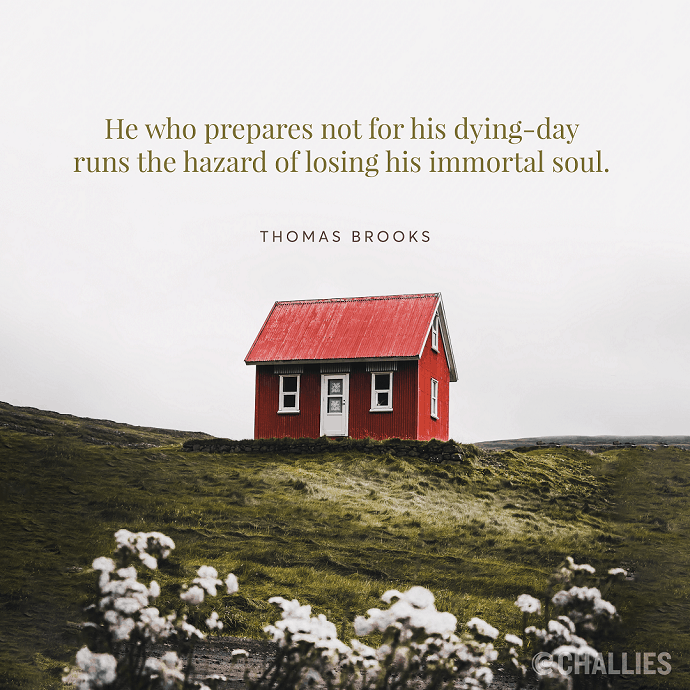 He who prepares not for his dying-day runs the hazard of losing his immortal soul. —Thomas Brooks