I expect the same is true for many of you, that you’re finding the restrictions tightening day-by-day. As of tomorrow, all non-essential businesses in Ontario must close and, while we aren’t formally under lockdown, we are expected to now stay home for two weeks.

Logos March Madness has wrapped up and there are all kinds of great deals to be had (with NICOT/NICNT emerging the winner and, therefore, marked at 60% off).

(Yesterday on the blog: How the World Worshipped on One of the Most Unusual Sundays in Church History)

Where Two or Three Are Gathered

Tony Payne reflects on the gathered-yet-not-gathered nature of online services. “Apart from theological issues, when we try to express what exactly is missing in a virtual church or small group, it can be hard to put into words. We might still share the word together and pray together; even sing (awkwardly) together. But there is a power in physical presence and physical gathering that we can’t replace—of experiencing other people as embodied persons (for that is what we are); of seeing them, and listening to them, and speaking face to face; of being one of multiple voices raised together in confession or prayer or song. Of being together.”

Rebecca McLaughlin wrote the article I had planned to write (and may still write) about how churches being apart during this time will not cause people to turn permanently to online church but instead see what an insufficient substitute it is.

Leonardo De Chirico, a scholar of Roman Catholicism, shows how the Roman Catholic response to the COVID-19 crisis, led by pope Francis, relies on rosary, indulgences, and humanism. “Under pressure, the true and deep commitments of the heart are exposed. When facing hardships, we reveal what is really important for us. In these weeks of the Coronavirus emergency, the message that Roman Catholicism is giving is a disarming detachment from the basic principles of the biblical faith. This should come as no surprise.”

Lutheran Satire is back with a bizarre yet informative rap battle between Martin Luther and Holy Roman Emperor Charles V. Yes, you read that right. Lutheran Satire does, after all, teach the faith by making fun of stuff.

“My wife turned to me and commented, ‘Mother Earth is commended for communicating with us, but if you were to say that God is communicating those same things, all he would get is fist-shaking and blame.’ Fine for Mother Earth to have a voice, but not so much for the Father of Creation.”

Kimberly Cornelius reminds us of God’s ultimate goal in all our circumstances. “My plans seem so important, but in the last week I’ve seen how flexible, transient, and ultimately how inconsequential they really are. My plans are changing, but God’s plans for me to be like Jesus have not changed. He is using all these circumstances to keep changing me into the image of His Son, even though I have been completely missing out on that because I’ve been so focused on everything else going on.”

How Do I Overcome Comparison?

True Woman continues their “Ask an Older Woman” series with an important question: How did you overcome the temptation to constantly compare your life, ministry, and family to others?

Flashback: How to Beat that Bad Mood 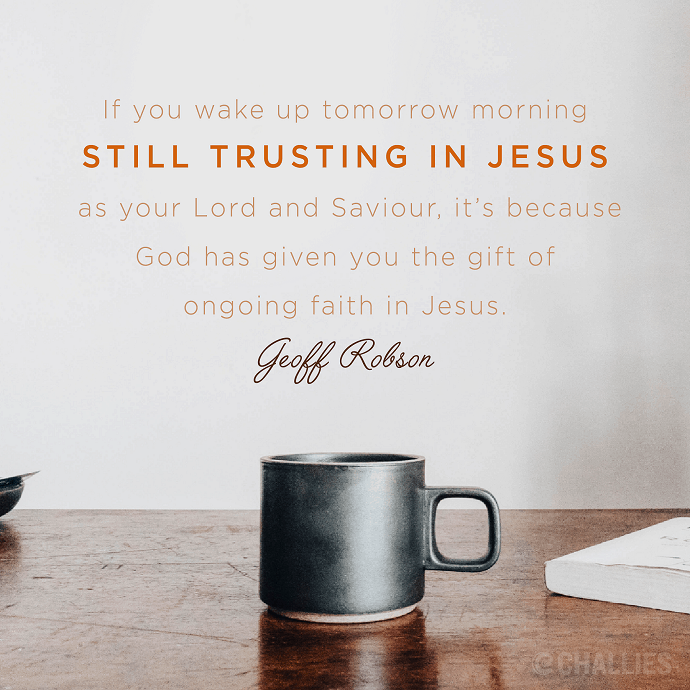 If you wake up tomorrow morning still trusting in Jesus as your Lord and Saviour, it’s because God has given you the gift of ongoing faith in Jesus. —Geoff Robson