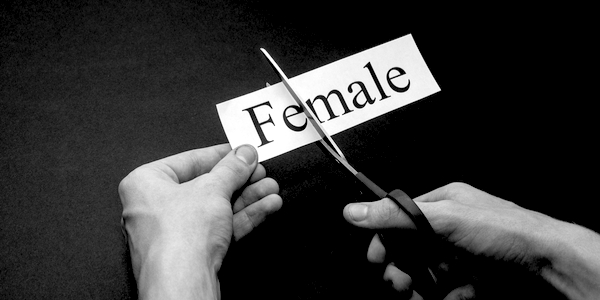 The treatment for this particular disorder is severe: lifelong experimental medicalization, sterilization, and complete removal of healthy body parts—a treatment Dr. Ray Blanchard, one of the world’s foremost sexologists, calls “palliative.” In spite of its severity, however, medical gender transition is no longer a rarity. It is the recommended treatment for gender dysphoria, a diagnosable disorder of incongruence between one’s felt “gender” and one’s natal sex, the prevalence of which is increasing tremendously throughout the world. More and more children and adolescents are being diagnosed with gender dysphoria, and are undergoing medical treatment prior even to completing puberty.

For those who express caution or concern there is a familiar retort: “Trust the experts.” If you don’t, “you’re a bigot.”

This argument, however, makes a mockery of the fact that three of the most influential sex researchers of the last couple decades—Ray Blanchard, Michael Bailey, and the recently vindicated Ken Zucker—all have problems with the affirmation-only transition narrative that is currently being promoted. You could add to this list names like James Cantor, Eric Vilain, Stephen Levine, Debra Soh, and Lisa Littman.

I invite you to look with me at the data that these and other researchers draw from. What does the peer-reviewed research say about the effectiveness of medical transition for gender dysphoria? Do puberty blockers, cross-sex hormones, mastectomies, vaginoplasties, and phalloplasties successfully alleviate the mental and emotional distress that gender-dysphoric persons face? Findings are varied, as are the political and philosophical perspectives of the researchers; but a careful reading of the literature demonstrates that the best studies show the worst outcomes for those who undergo medical transition.