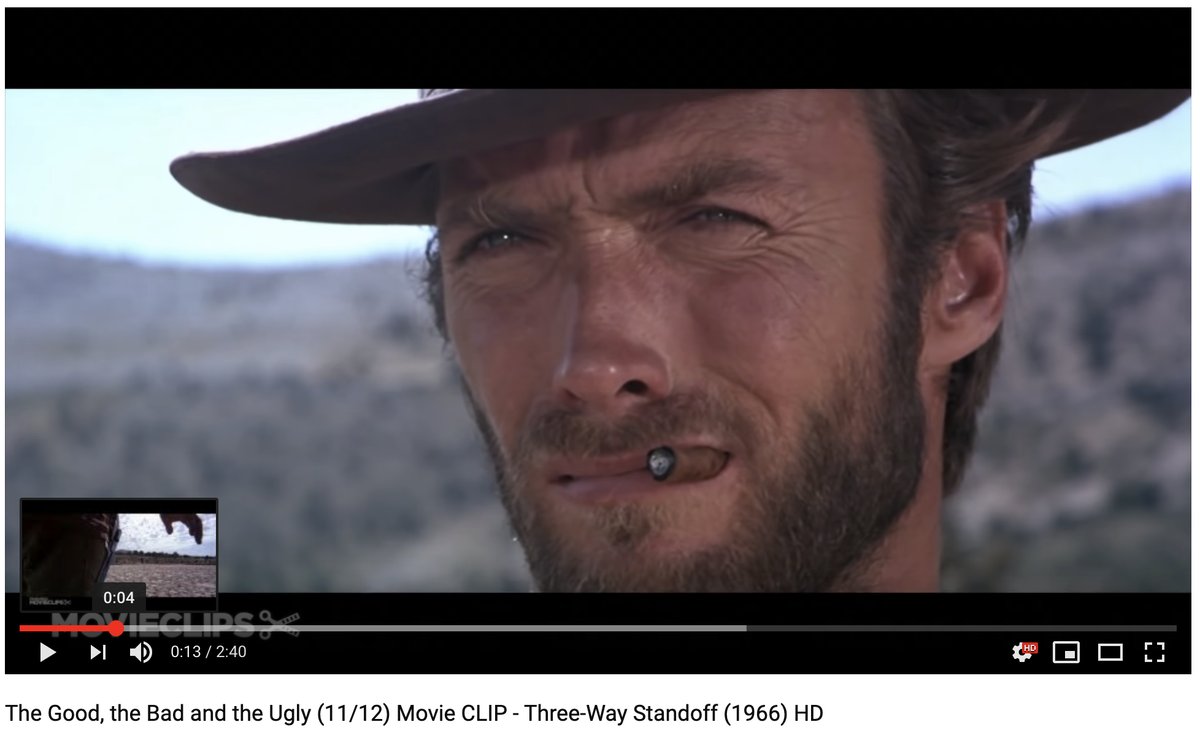 As The United Methodist Church continues to react to GC2019, plan for GC2020, and try to come to grips with the all-consuming debate over gay ordination and gay marriage in the church, it seems that the church may be settling into a Mexican standoff between US (and Western European) centrists and progressives, US traditionalists, and African (and Eastern European) leaders.

In technical terms, a Mexican standoff is a conflict in which none of the parties can achieve their goals, nor can they retreat from the conflict. Thus, the parties remain in a deadlocked state. Armed Mexican standoffs between three or four parties are a trope in movies such as the accompanying clip from the 1966 western, “The Good, the Bad, and the Ugly.”

Here’s a run-down of the parties in the current UMC Mexican standoff, why they can’t achieve what they want, and why they are not willing to retreat.

U. S. Centrists and (some) Progressives

The goal of U. S. centrists and progressives, along with progressives in Western Europe, is clear: to remove what they see as discriminatory language against LGBTQ persons in the Book of Discipline, enabling United Methodists in those contexts to ordain LGBTQ persons and to perform gay weddings.

Yet as has been shown repeatedly, U. S. & European centrists and progressives do not have enough GC votes to accomplish this goal, since both US traditionalists and Africans, Eastern Europeans, and many Filipinos are opposed to such changes.

Yet at the same time, U. S. centrists and some U. S. progressives have also indicated that they are not willing to walk away from the UMC. The UMC Next plan that is being advanced to GC2020 essentially calls for US traditionalists to leave the church instead of centrists and progressives.

Some U. S. progressives (especially those associated with UM Forward and the Western Jurisdiction) have indicated a willingness to leave the conflict, but this appears to still be a minority opinion among centrists and progressives as a bloc.

Motivations vary, but a sense of ownership of the UMC, commitment to current structures including the boards and agencies, and a sense of having the direction of history on their side have made most centrists and progressives unwilling to leave the denomination en masse.

The goal of U. S. traditionalists is to be part of a church that does not ordain queer people or perform gay weddings. While they have up until General Conference 2019 tried to accomplish this goal through GC legislation, the way events have unfolded since then seems to have shown them that they cannot easily achieve that goal through this strategy. UMC polity allows too many ways for centrists and progressives to stay and resist.

While it is possible that traditionalists could win a long-term legislative war of closing loopholes, most traditionalists seem to have concluded that they best way to achieve the goal of being in a church without gay ministers or gay weddings is to split the denomination.

At the same time, U. S. traditionalists overall seem unwilling to walk away from the UMC. Certainly, there have been individual traditionalist congregations here and there that have left or are leaving, but leaders of Good News have been vocal about their intention to stay in the UMC.

In large part, this seems to be because traditionalists are unwilling to accept anything that could look like a defeat, and they believe that leaving the denomination after “winning” the GC2019 vote would look like a defeat. Much of the motivating energy of U. S. traditionalists seems to come from a sense of being a successful insurgency. Leaving does not fit with that narrative.

The African bishops recently met and reiterated their traditional understanding of marriage and their unwillingness to split the denomination. This statement is consistent with earlier statements. Yet reading between the lines of the bishops’ statement, the overall political goals of African leaders seem to be twofold: to be included as central players in the UMC decision-making process and to preserve the current agency structure.

One of the African bishops’ main objections to all of the division proposals was that they were developed without African input. For a major group in the denomination, Africans are given relatively little say in determining the agenda and possible futures of the denomination, and they would like more.

In addition to that goal is support for the boards and agencies and the financial and technical support they provide for ministries in Africa. In this regard, Eastern Europeans find themselves in a similar place – maintain a strongly traditionalist stance on marriage but opposed to dividing the church.

Yet American control of agenda-setting is deeply ingrained in the UMC and reinforced by a variety of linguistic, procedural, administrative, financial, and practical considerations, and neither U. S. traditionalists nor U. S. centrists and progressives seem interested in making major changes to the denomination that would give Africans a greater voice, as evidenced by the division plans developed without any African input.

At the same time, Africans, or at least the African bishops, have indicated that they are unwilling to walk away from the UMC. The name of United Methodist has strong “brand equity” on the continent of Africa, and Africans are deeply committed to the name because of what it says to the societies in which African United Methodists operate. Moreover, Africans feel like they should not have to leave their church because of fights that others have caused and are mostly occurring among others.

Thus we arrive at the current standoff in the UMC: U. S, centrists and progressives, U. S. traditionalists, and Africans – none able to achieve their goals in the church, but none willing to walk away, deadlocked in conflict.