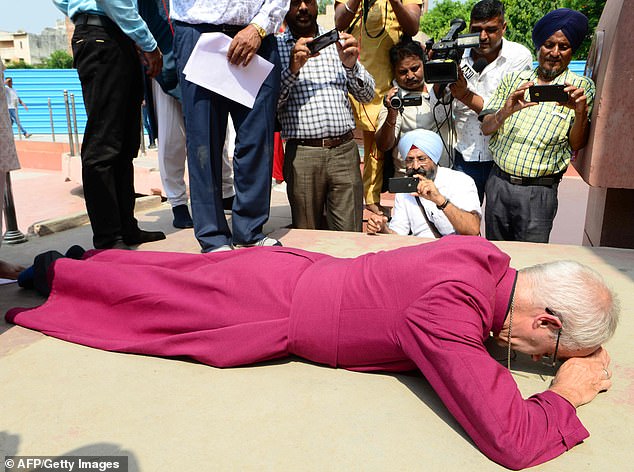 The Archbishop of Canterbury’s prostration at Amritsar was intended to appease a powerful British Hindu lobby who wrote to Lambeth Palace demanding an apology and calling General Dyer, responsible for the massacre, “a white supremacist and devout Anglican,” interfaith sources have disclosed.

The letter from the Global Hindu Federation (GHF) quoted Anglican repentance for “the Church’s colonialist ‘methodology’” issued by Canadian Anglican archbishops Michael Peers in 1993, followed by Fred Hiltz in 2008 and July 2019 and called on Archbishop Welby to apologise for “the suffering inflicted upon Hindus, Sikhs and other peoples of India.”

In his letter of 15 August, the anniversary of India’s independence, Pandit Satish K. Sharma, GHF president, stated: “It is undeniable that an apology is due to the indigenous peoples of India based upon the same principles of justice and due to the inflicting of the same harm … to an even greater degree, than in Canada.”

Sharma noted that the Canadian apologies were “inadequate in many areas” and needed “extension and modification in order to accommodate the history of the Anglican Church and its adherents in British Occupied India,” even though the “apology has started the process of dialogue and may one day result in a genuine healing.”

Calling Dyer “a white supremacist and devout Anglican” and “a war criminal yet honoured upon his return to the United Kingdom” who “drove Indians to slaughter their own unarmed and vulnerable,” Sharma said that he and other Hindu bodies, “are in agreement that there is a need for a Truth and Reconciliation Council to address the actions of Anglican’s (sic) in India during the period of occupation.”