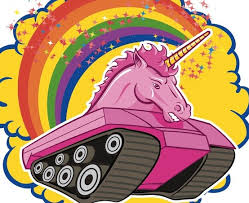 Like any religion, wokeness understands the need to convert children. The old Jesuit motto (sometimes attributed to Voltaire) was, after all, “Give me the child for the first seven years and I will give you the man.” And so I was moved but not particularly surprised by George Packer’s tale of a progressive school banishing separate restrooms for boys and girls because this reinforces the gender binary. The school did not inform parents of this, of course:

Parents only heard about it when children started arriving home desperate to get to the bathroom after holding it in all day. Girls told their parents mortifying stories of having a boy kick open their stall door. Boys described being afraid to use the urinals. Our son reported that his classmates, without any collective decision, had simply gone back to the old system, regardless of the new signage: Boys were using the former boys’ rooms, girls the former girls’ rooms. This return to the familiar was what politicians call a “commonsense solution.” It was also kind of heartbreaking.

As an analogy for the price of progressivism, it’s close to perfect. Authorities impose an ideology onto reality; reality slowly fights back. The question is simply how much damage is done by this kind of utopianism before it crumbles under its own weight. Simple solutions — like a separate, individual gender-neutral bathroom for the tiny minority with gender dysphoria or anyone else — are out of bounds. They are, after all, reinforcing the idea that girls and boys are different. And we cannot allow biology, evolution, reproductive strategy, hormones, chromosomes, and the customs of every single human culture since the beginning of time to interfere with “social justice.”