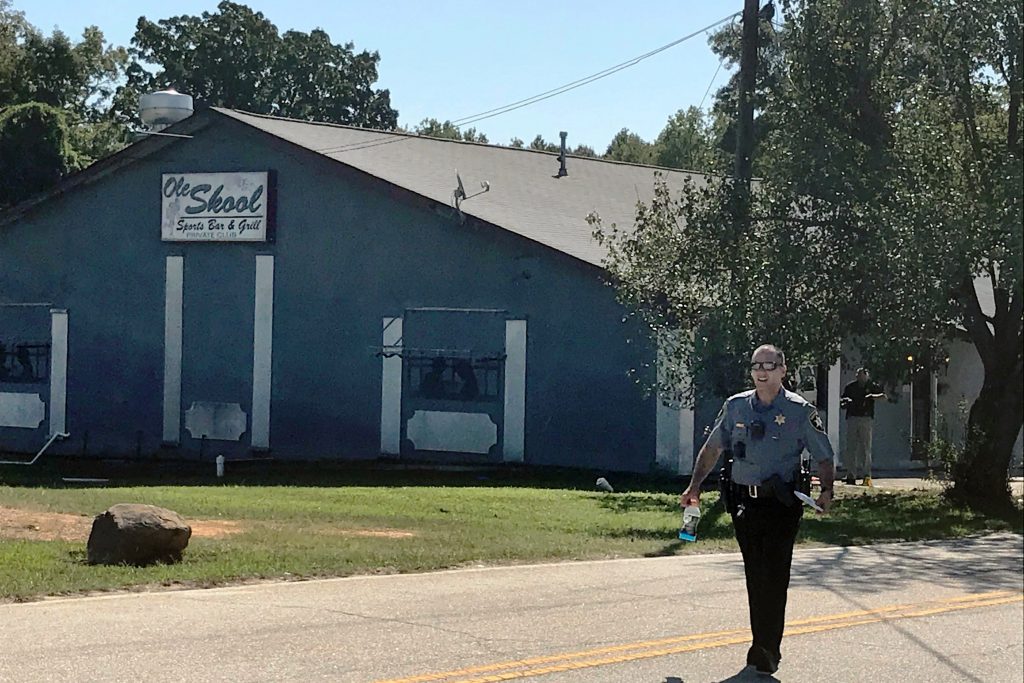 At the request of the Lancaster County (South Carolina) Sheriff’s Department, the Billy Graham Rapid Response Team is sending chaplains to minister to first responders in the wake of a fatal shooting at a local sports bar. (Jessica Holdman/The Post And Courier via AP)

Two people were killed and nine injured in the incident which happened at a small bar in Lancaster. The town of 95,000 people sits about an hour south of the Billy Graham Evangelistic Association headquarters in Charlotte, North Carolina.

“As anger, despair and hopelessness continue to grip the lives of so many people, Billy Graham Rapid Response Team chaplains were requested by the Lancaster County Sheriff’s Department to offer emotional and spiritual care after this early morning shooting,” said Jack Munday, international director of the Rapid Response Team.

RRT Law Enforcement Manager Chad Stillman, a former police officer, is one of the two chaplains who will be on hand to listen and talk with the first responders. Unchecked trauma can have lasting ramifications, and talking is a key way to allay the stress that can build up after working and then investigating a fatal scene.

“The officers responded to something extraordinarily tragic,” Stillman said. “When you go to a scene as an officer and 10 people are shot, two are dead, that’s trauma. So that’s why the sheriff’s department has asked the Rapid Response Team to be available. They want to make sure that anybody who was on the scene last night at least checks in with us.”

The Billy Graham Rapid Response Team is an international ministry of crisis-trained chaplains ready to deploy at a moment’s notice to natural and man-made disasters. Since its inception in the wake of 9/11, hundreds of chaplains have had the honor of praying with hundreds of thousands of people worldwide, all in the name of Jesus.

Please join us in praying for the victims, their families and the first responders impacted by this incident.

Peace is possible in the midst of tragedy. Learn more about God’s love for you.