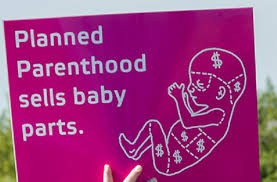 Dr. Theresa Deisher testified on the last day of the criminal preliminary hearing of David Daleiden and Sandra Merritt that had stretched into three weeks.

The investigative journalists from the Center for Medical Progress (CMP) are charged with 14 felony counts of taping confidential information without consent in connection with the undercover videos CMP released in 2015 exposing Planned Parenthood trafficking in baby body parts.

Public outrage over the groundbreaking videos prompted congressional hearings and calls for the federal defunding of Planned Parenthood.

Daleiden and Merritt are claiming a Section 633.5 defense that allows covert taping when investigating violent crimes. Their lawyers are also arguing the law does not consider as confidential conversations that have a reasonable expectation of being overheard.

A focus of Daleiden’s early research, a key element in the defense’s case and a source of public debate during the hearing, is a 2012 Stanford University study that used human baby hearts supplied by the fetal organ harvesting company StemExpress in a Langendorff apparatus.

Daleiden testified that Deisher was one of the experts he consulted in 2012 about whether the hearts used in the study were harvested from living babies, and Deisher told him that was the case.

She confirmed that in her testimony Wednesday as a defense expert witness.