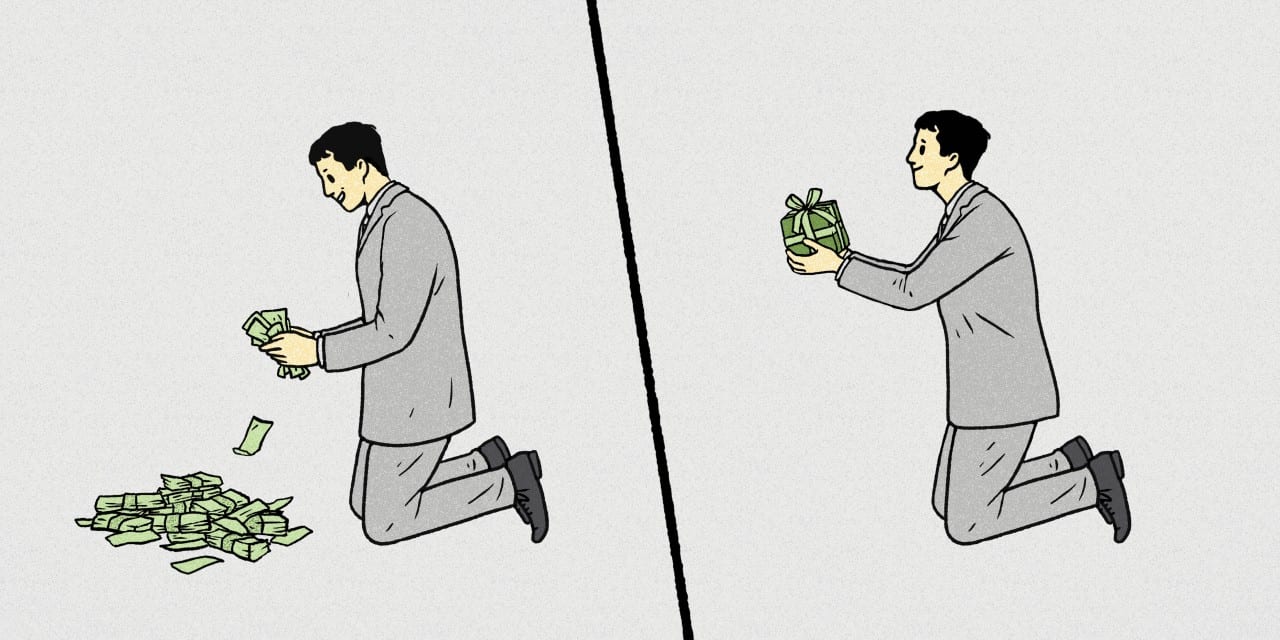 Why do I feel so guilty all the time?

I mentor young Christian professionals who struggle with this question around money and spending. They worship a God who calls them to care for the world and to enjoy it as a gift. But while both of these desires—for social action and for the enjoyment of God’s world—are on target theologically, they can cause some tension.

On one hand, we live in a culture chock-full of human innovation and creativity that we can celebrate as reflections of our creating God. But on the other, we’re rightly concerned about the poor and the oppressed. So with every Starbucks coffee, Chick-fil-A sandwich, Avengers movie ticket, and iPhone upgrade, we know we could instead be giving our money to help alleviate poverty or send a mission team to unreached peoples. Even if we’re philanthropic and generous with our time and money, we could always cut back and give more.

The result, for many, is a lingering and “strange persistence of guilt.” This guilt is especially acute for Christians, who can hear Jesus’s words echoing—“You cannot serve both God and money”—behind every vacation plan and visit to Amazon. Yet we live in a world where at least attempting to save for your child’s education or owning a car or having cooling in our homes or grabbing a cup of coffee with a friend are viewed as common sense. We might admit that compared to most of the world these are luxuries, but we can’t imagine not working toward the financial freedom to enjoy such things.

This raises a question: how are we to think about “wealth” surrounded by the luxuries of a modern world?

It’s important to be on the same page when using words like “wealth” or “wealthy.” For many, “wealthy” means the other person has more—maybe much more—money than they do. Most of us judge our economic standing by the people in our own orbits. When someone in a small rural town describes someone as “wealthy,” they likely have a different standard of living in mind than a hedge-fund manager in New York. And yet most people living in the Western world recognize that, historically and internationally due in large part to modern capitalism, they are “wealthy.”

Instead of thinking comparatively, however, if we define wealth as having an abundance of material possessions and poverty as not having basic material possessions, we’re better able to trace these concepts within the biblical storyline. Obtaining wealth, according to this approach, means having more than we need for mere survival, and escaping poverty means having our basic needs met.

Wealth in Creation and New Creation

Before sin invaded the world, poverty didn’t exist and humans enjoyed wealth. In Genesis 1–2 we see God’s lavish grace toward his image-bearers in creation. Consider Genesis 1:29–30: “And God said, ‘Behold, I have given you every plant yielding seed that is on the face of all the earth, and every tree with seed in its fruit. You shall have them for food.’” God gave Adam and Eve an abundance of material things to enjoy, more than what was needed for mere survival.

If we fail to appreciate the good of wealth, we deny the structural good inherent in creation. In our context today, having a college fund for our children or going on a family vacation or having a car are all aspects of wealth. They aren’t necessary, and we don’t deserve them, but they are good gifts from God that should cause us to worship the Giver more deeply.

If we fail to appreciate the good of wealth, we deny the structural good inherent in creation.

Moreover, poverty won’t exist in the new creation. However one interprets the specifics of Revelation 21–22, it seems clear there is some kind of physical reality to the new heavens and new earth. John alludes to the prophet Isaiah’s vision of the “wealth of the nations” as he describes the coming New Jerusalem.

Wealth is a good that normally should be pursued as a penultimate aim. We want individuals and communities to flourish holistically, which means we should seek spiritual, physical, and economic health. The problem occurs when wealth is made into a god—when we make this good, penultimate pursuit of wealth into an ultimate aim. Then wealth will destroy us.

“Is it more holy or biblically preferential to be rich or poor?” you may ask. We might compare this to another question: is it preferable to be physically sick or in outstanding health? Keep in mind that poverty, like sickness, is a result of the fall. And wealth, like health, is not.

Imagine a friend trying to convince you that since God sometimes uses sickness to grow believers spiritually, you should seek out a disease. “Don’t worry about washing your hands this flu season or visiting the doctor. We should seek out disease, with the lucky ones getting something really bad, so that the Lord will bless us spiritually by causing us to trust in him, refrain from idolizing our bodies, and put our hope in the resurrection.” You’d be a fool to follow this person’s advice! In a similar vein, you should generally seek wealth over poverty for yourself and others as a penultimate concern. Hence the practical wisdom concerning money in Proverbs assumes that while wealth is a creational good that provides an incentive to work, it also relativizes the importance of wealth.

We can’t love both God and wealth as ultimate, but we should enjoy his good gifts and pursue them in the right order and according to his calling.

Failing to obtain wealth will at times result from rejecting mammon as a god. Following God, for example, by moving to a majority-world context as a missionary could make you vulnerable to both economic challenges and also, returning to our analogy of physical sickness, health risks. Choosing a vocation as a calling from God, rather than based on earning potential or physical ease, could affect your wealth or health—just ask a police officer or a fireman. At times loving God and following Christ’s call—pursuing true shalom (rather than a false consumeristic, secularized version)—can make you more vulnerable to the disorders of a fallen creation.

It’s better to be ill and poor with God than to be rich and healthy as a spiritual corpse. But in these cases, love for God is the aim; neither poverty nor physical ailments is the goal. If you’re driven by a hatred of wealth itself or aim at poverty as an inherent good, you’ll become self-righteous and despise those who have more wealth than you do. In this case money, ironically, still enslaves you. And in the end, you’ll be both spiritually and economically poor.

Human sickness and poverty result from the fall. Similar to how we see modern medicine and doctors as a gift from God, we should seek out—as individuals and as communities—biblical financial principles, habits, and specialists to help us push back against poverty and toward economic health.

We can’t love both God and wealth as ultimate, but we should enjoy his good gifts and pursue them in the right order and according to his calling. And because we’re called to love our neighbors, we should be committed to sacrificially helping others be economically healthy—something we’ll be unable to do if wealth is chased as a god rather than as a gift.