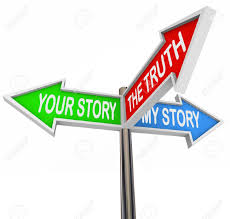 OUR mainstream media claims to be on a relentless search for truth, and yet trust in the truthfulness of the media has never been lower. People simply don’t believe what newspapers and television programmes tell us and increasingly we turn to alternative sources of information who we think will tell us ‘the truth’.

Senior figures in government in the EU, the USA and national governments throughout Europe fared even worse, trusted ‘a great deal’ by between one and two per cent of those surveyed. Religious and military leaders, along with trade unions and business leaders did only marginally better. On the surface it would seem that we yearn for the truth which we cannot find.