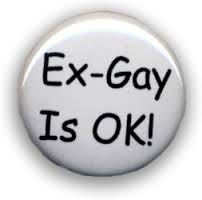 The LGBT movement has asked for the repeal of its favorite new law in New York City. In a public statement on Thursday, the speaker of the City Council agreed.

Why? Because free speech matters. And elections have consequences.

In 2017, the City Council passed a law that punishes counselors who engage in LGBT-related speech from a certain viewpoint—the viewpoint of a patient seeking to overcome unwanted transgender feelings or same-sex attraction.

It bans “any services” that “seek to change a person’s sexual orientation” or “gender identity.” The language is so broad that it covers even patient-led, private conversations between a counselor and a patient.

In New York City and elsewhere, legislative hearings feature activists who describe nightmarish scenarios of cruel methods used on “gay” people to make them “straight.” They never provide any hard evidence of these practices because they don’t have any.