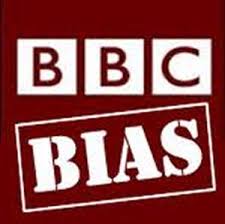 The BBC featured a gay wedding on Songs of Praise recently. Of course it did. The thinking was, I assume: ‘We hate this programme and wish we could get rid of it, but there would be the usual moaning from the near-dead reactionaries. So let’s rub their noses in it, instead.’ The broadcast attracted 1,200 complaints, including one from God himself, my sources tell me. God also complained, I’m told, about the programme’s failure to include the hymn ‘Onward, Christian Soldiers’, of which He is rather fond.

The BBC will not take any notice of the complaints — certainly not from God, whom the producers believe they easily outrank these days. Frankly, the complainants would have had more purchase if they’d moaned about the lack of transgender people in Songs of Praise. The next episode will almost certainly be broadcast live from the inside of an abortion clinic, with lots of vibrant women explaining how empowered they felt every time they saw a foetus being incinerated. You might think that the BBC would allow a tiny corner of its output to be free of the progressive agenda which it shoehorns in to every other programme. But nah, not a bit of it. Every single area of output must toe the line: there is no alternative.

So it was, then, with the reporting of Theresa May’s resignation honours list.