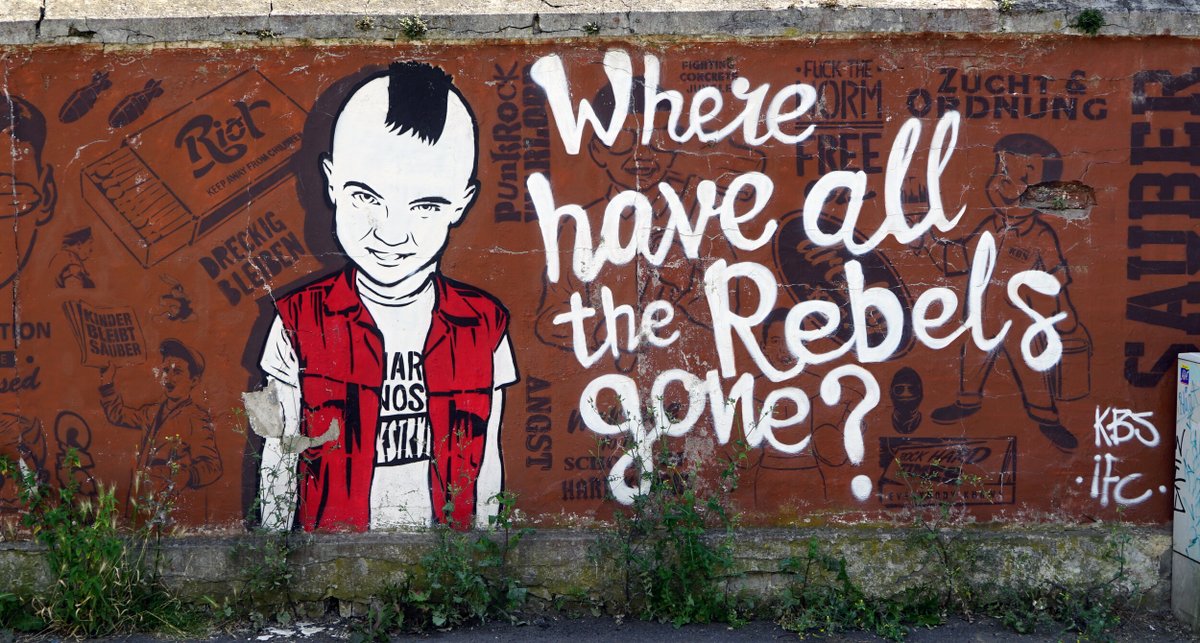 Listening to Peter Rollins talk about different philosophical ideas always makes me long to be as smart as he is. The other day I heard a lecture he gave and he was talking about being so many of us are dissatisfied. He spoke of two postures of how we address our dissatisfaction – Conservative and Revolutionary.

The revolutionary is also dissatisfied but this posture is one that believes satisfaction is not in the past but in the future. We act like the revolutionary when we believe that life will be better when we get “over there”. Be it with a different house, job, government, afterlife, or whatever, the revolutionary tries to bring the future to the present. Of course, Rollins points out, that most revolutionaries that succeed in their task are often among the first to be killed by this new reality.

Rollins’ point is not that conservative or revolutionary is better over the other, but that they are two sides of the same coin. They both believe that life is about satisfying our dissatisfaction, they just disagree on the tactics.

Rollins says there is a different posture, a different coin if you will, that both the conservative and revolutionary are suspect of – the Rebel. The rebel is not seeking to satisfy dissatisfaction but to be satisfied with dissatisfaction.

The rebel shows us that being dissatisfied is a feature and not a bug to the human condition. Dissatisfaction gives us energy and that energy, if ever satisfied, would be hellish. It may be difficult to imagine, but if your sports team won every game they played and it was a forgone conclusion they were going to win, then sports would be boring. You would loose the energy to participate in the game because you know you will win.

The rebel does not play the impossible game of trying to satisfy dissatisfaction but plays a new game all together and learns to be satisfied with dissatisfaction.

While the religious leaders of his day wanted Jesus to look to the past to satisfy their dissatisfaction, the zealots desired Jesus to bring the future kingdom to the present. Jesus resisted the conservative and the revolutionary postures toward the dissatisfaction in the world.

Jesus was a rebel who showed us the way to address our dissatisfaction – by being satisfied with it.

The Rev. Jason Valendy, along with his wife the Rev. Estee Valendy, serves as co-pastor of Saginaw United Methodist Church in Saginaw, Texas. This post is republished with permission from the author’s blog JasonValendy.net.