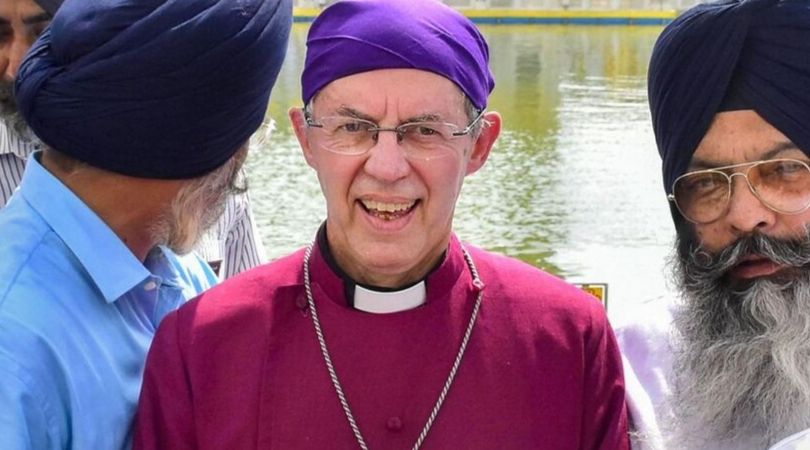 “Prostrating himself before a memorial to those shot in the Jallianwala Bagh walled garden in Amritsar, the Most Rev Justin Welby said that the shootings were a crime and a sin.

“The action was ordered in 1919 by General Reginald Dyer in response to demonstrations against the arrest of two leaders, one Hindu and one Muslim. Determined to “punish the Indians”, Dyer’s troops blocked the narrow entrance to the garden and without warning fired 1,650 rounds into the crowd, aiming at the five exits to prevent anyone from escaping. More than 1,000 people, including women and children, were seriously wounded, with many left to die as a curfew prevented anyone from going to help the injured.

But then the Archbishop said; “I have no status to apologize on behalf of the UK, its government or its history. But I am personally very sorry for this terrible atrocity. It is one of a number of deep stains on British history.”

The Archbishop went further, however: “I recognise the sins of my British colonial history, the ideology that has too often subjugated and dehumanised other races and cultures.” Christ called on us, he added, “to turn away from sin — not just repenting old ways but to live in a new way that sought the kingdom of God”.