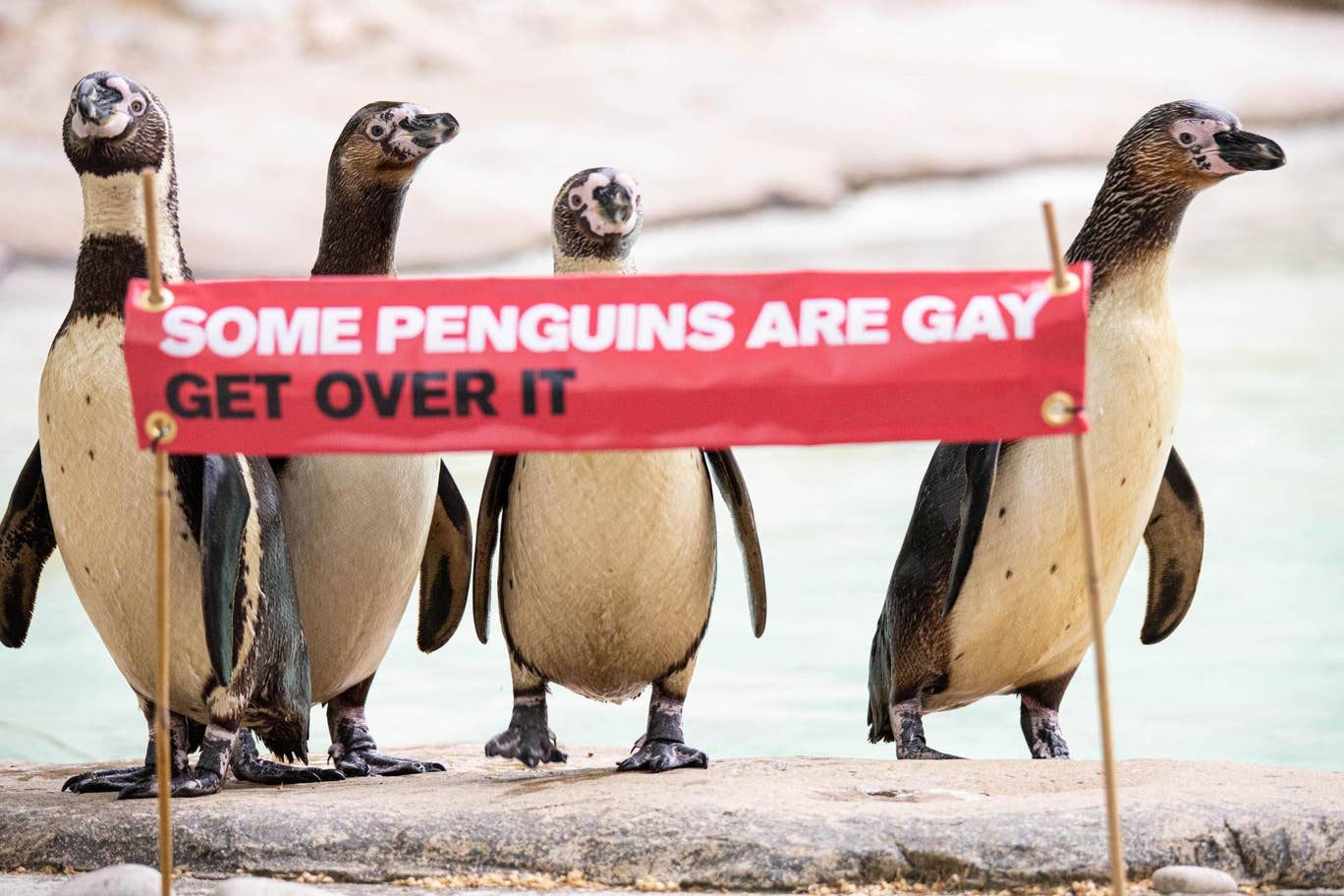 […] What is now ungrammatically called “gender” dysphoria has become the latest fad. Two penguins in London’s Sea Life Aquarium are now supposed to be oblivious to the sex of their chick.

Dr. Gemma Clucas, postdoctoral research fellow at the Cornell Lab of Ornithology, contributed to the discussion by saying that the contrasting maleness and femaleness of penguins, based on her own experience, require “close and difficult” observation to distinguish. Dr. Clucas does not seem to have considered that penguins themselves do not have the same difficulty in telling each other apart, which is why there are so many penguins (for instance, the Macaroni penguins currently number over 11,600,000 pairs, and there would be no pairs at all if they shared Dr. Clucas’s difficulty in telling the difference). Given the complex mating dances and ritual displays of most kinds of penguins, one would think that they would be offended if told that their private parts are too inconspicuous to make a difference. This is not unlike human sensibility. But no eye has seen, nor ear has heard, nor mind has imagined what is hidden beneath the feathers of a penguin.

Undaunted, the London ornithologists are promoting a penguin couple (“Rocky” and “Marama”) as examples of how sex assignment transcends biology and glides about a parallel gnostic universe of wish over fact.