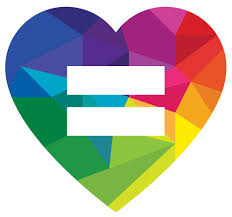 A broad group of dissenters is united by the belief that every woman matters, that every girl matters — that the female sex matters.

Remember the viral video of the Scottish teenager who was thrown out of class for saying there are only two genders? Now there’s another clip, in the same genre, doing the rounds. This week, approximately 150 parents and pupils (mostly girls, the footage suggests) staged a protest against enforced “gender neutral” uniforms outside a high school in Sussex, England.

Piers Morgan, the presenter of Good Morning Britain, who attended the school in question, tweeted, “The protesting parents & students have my full support. This whole gender neutral craze is out of control. Let girls be girls & boys be boys.”

Interestingly, this kind of teenage activism appears to be on the rise. The same goes in the United States. National Review readers who follow my reporting on gender extremism will be familiar with Selina Soule, the brave young athlete from Connecticut who, along with two other girls, has filed a Title IX complaint with the Education Department, which is now investigating the state’s policy allowing boys to thrash them in sports.