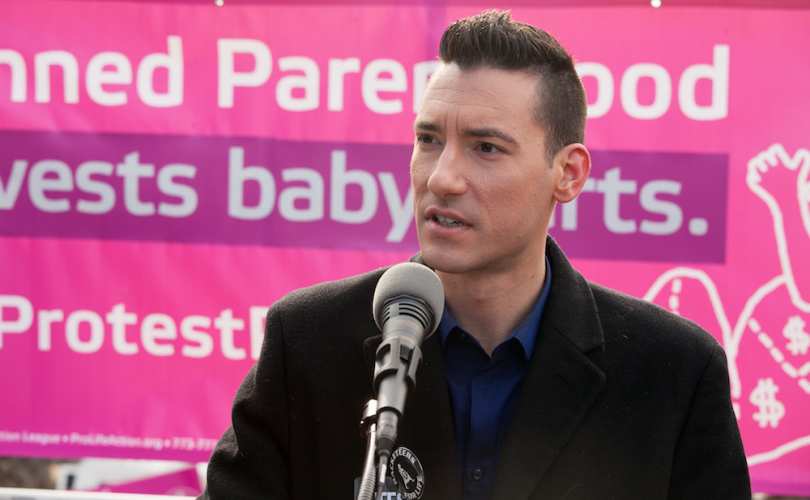 Since the 2015 release of undercover videos documenting Planned Parenthood’s illegal trafficking in body parts of aborted babies, the fury of the abortion industry and its Democratic allies has fallen on pro-life investigators David Daleiden and Sandra Susan Merritt of the Center for Medical Progress (CMP).

Tucker Carlson summed it this way when speaking to Daleiden on his Sept. 6 show: “You bring to light clearly illegal and appalling and immoral behavior by Planned Parenthood and then you become the target of a criminal investigation.”

The groundbreaking undercover videos showed Planned Parenthood executives and workers haggling over the prices of baby body parts, picking through bloodied arms and legs of aborted babies in a pie tray, and discussing how to alter abortion methods to obtain better body parts for sale.

Public outrage over the videos prompted congressional hearings, a Senate committee recommendation for an FBI investigation, a Department of Justice investigation, and moves by the Trump administration to partially defund Planned Parenthood.

Key leaders from Planned Parenthood have resigned since and many of the abortionists who appeared in the CMP videos have left the abortion-providing giant, as Operation Rescue reported in February of this year.

Daleiden and Merritt now face 15 felony counts of illegal taping of confidential information under California’s anti-eavesdropping law. If convicted, they could be jailed for 10 years.