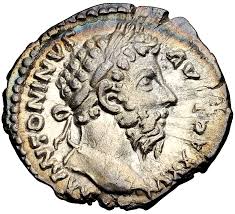 from The Gospel Coalition:

Kyle Harper’s From Shame to Sin: The Christian Transformation of Sexual Morality in Late Antiquity (Harvard, 2013) is an impressively learned and important book. Still a youngish man (which means younger than me), Harper is already a professor of classics and letters and senior vice president and provost at the University of Oklahoma. As an expert in the history of the late Roman world, Harper explores in this volume how the Christian sexual ethic, so despised and seemingly inconsequential in the first century, came to be codified in law by the sixth century.

Harper does not take sides in this transformation. Indeed, Christians could read the book and conclude, “Look at what good Christianity brought!” while secularists might read the same material and conclude, “Look at all the oppression Christianity wrought!” This is not a book with an agenda (so far as I can tell), other than to show what the transformation of sexual morality entailed and how it happened. Nevertheless, as a Christian, I found the book illuminating, not only for the historical understanding of sexual morality in late antiquity but for the lessons the church in the 21st century might learn from the witness of the church in the first centuries.

Harper’s title is not about the psychologizing of morality from external social judgment to internal angst and disapproval. Rather, the title is about the transformation of an assumed moral system to a radically different moral system—from one that had shame as a social concept to one that had sin as a theological concept.