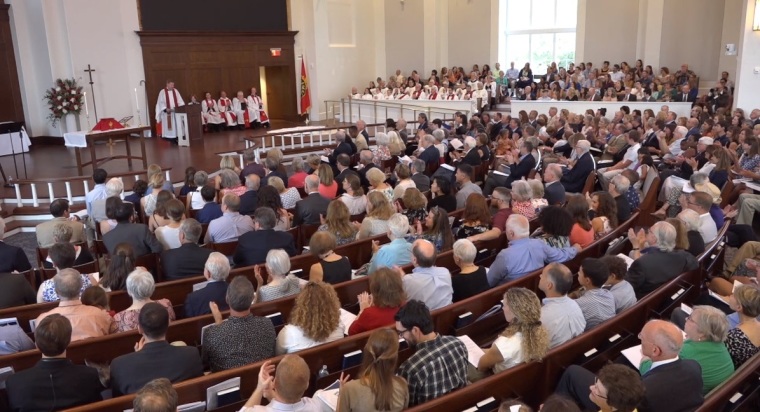 More than 2,000 people attended worship services held at a Virginia Anglican congregation’s new sanctuary, being held years after they had to leave their original property due to losing a legal battle with The Episcopal Church.

The Falls Church Anglican of Falls Church, Virginia, lost control of its historic property in 2012 via a lawsuit. In comments emailed to The Christian Post on Monday, the church explained that they had a total of 2,042 attendees for their two services, one held at 8:45 AM and another held at 11:15 AM.

[…]  The Falls Church Anglican was one of eleven congregations in the Episcopal Diocese of Virginia that voted to leave the mainline denomination in 2006 and 2007.

At issue was the denomination’s liberal theological direction, especially the 2003 decision to ordain an openly gay bishop, the Rev. Gene Robinson, as head of the Episcopal Diocese of New Hampshire.

The Episcopal Diocese of Virginia then sued the departing congregations over ownership of the church properties. Four congregations were removed from the suit due to technicalities or out-of-court settlements.