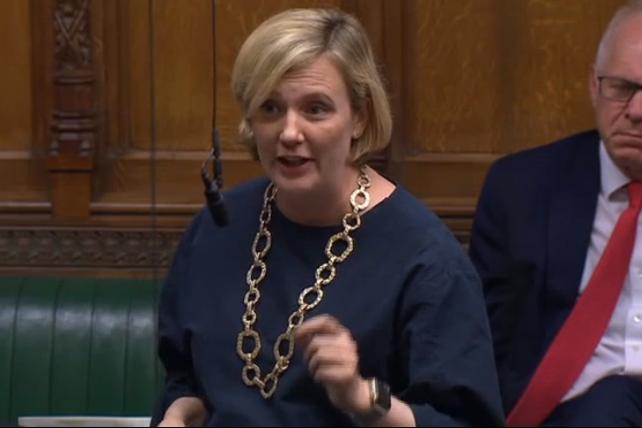 What is she afraid of?

Pro-abortion MP Stella Creasy last night sought assurances from a Government minister that the people of Northern Ireland would not be consulted on the implementation of an extreme new abortion regime.

Amidst tumultuous scenes in the House of Commons around the possibility of a General Election, the resignation announcement of the Speaker, and the prorogation of Parliament, MPs briefly debated reports on the Northern Ireland (Executive Formation etc) Act 2019, including one on the progress of the abortion law review.

Public must not be consulted

Labour MP Stella Creasy, who was responsible for hijacking the routine governance bill by tabling an amendment requiring the Secretary of State to impose abortion on Northern Ireland, used the opportunity to push forward her pro-abortion agenda.

“We are 35 days away from the possibility that these clauses will become law, so will he [the Minister] give us some more detail?” she asked. “In particular, he talks about consultation. Can he confirm whether there is going to be public involvement in that consultation? It is really important for this House to be clear that, just as we would not ask non-medical professionals to consult on how to conduct a vasectomy, we should not do so when it comes to an abortion.”