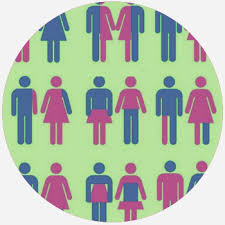 by Caroline ffiske, The Conservative Woman:

WELL, well, well. Last Friday, TCW revealed that the gender transition research which the Conservative government promised a year ago has not even begun. By Sunday, the Government Equalities Office (GEO) had put out a press release saying that a tender for the research will be ‘released in the coming weeks’.

We like to think that TCW has been influential.

But we have a situation where it might be fruitful if two branches of the state put their heads together.

On the one hand, we have an unprecedented and troubling number of young people seeking support with respect to their ‘gender identity’. So the GEO commissions research into why it is happening. It wonders: ‘What is not clear is what might be driving these increases. Despite a wide variety of theories, there is little hard evidence to support these at present.’

Before they finalise their research brief, there is something GEO staff should do. They should take a look at material being put out by another arm of the state – the BBC – which could well be influencing how young people think. Indoctrination is another way of putting it.