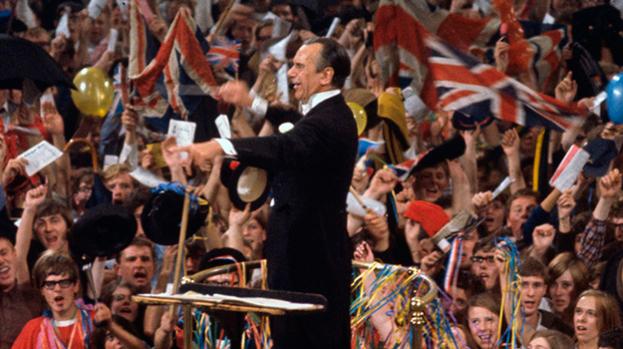 by Ann Farmer, The Conservative Woman:

THE BBC is to record a podcast in its series called The Guilty Feminist with opera singer Jamie Barton, a self-declared bisexual feminist, a few hours before she takes to the stage at the Last Night of the Proms.

Barton, an American mezzo-soprano said to be one of the opera world’s most sought-after singers, and an all-female panel will discuss ‘how her goals as a 21st century feminist intersect with her burgeoning career’, fleshing out topics including bisexuality, the patriarchy and being plus size.

The podcast will be recorded before an audience at Imperial College London. Afterwards Barton will move to the Royal Albert Hall to perform songs such as Somewhere Over the Rainbow wearing a dress in lavender, pink and blue, the colours of bisexual pride.

No doubt fellow podcast panellist and comedian Jayde Adams will be too busy discussing ‘the positives and pitfalls of being a feminist in the 21st century’ to joke that Jamie Barton’s first name makes her a perfect ambassador for bisexuality. In any case jokes will probably be banned.

Classical music commentator Norman Lebrecht said the BBC was allowing ‘alien agendas’ to ‘dominate’ the Proms: ‘First save the planet, then comedy feminists and finally a Last Night soloist who has been using the occasion to advertise her bisexuality. Last Night is a national celebration of music first and last. The BBC needs to get a grip.’ He warned that the BBC risked putting off its traditional audience by shoehorning in ‘totally irrelevant’ topics.