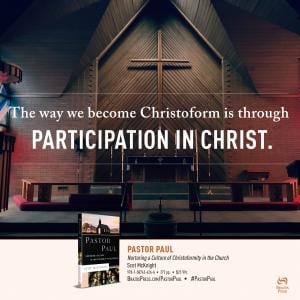 We begin with a brand new cohort next Monday at Northern Seminary — they’re already quite active on the cohort FB page and it looks like an energizing group of students. Can’t wait.

The high pollution in the oceans is a big problem on the planet. According to recent research, it is likely that in the year 2050 we will find more plastic than fish in the waters of the seas, and for this reason there are many people working to generate solutions to this problem, some very imaginative to reverse this situation.

Currently the novelty is a bacterium , developed by students Jeanny Yao and Miranda Wang , who have been developing this project since their school years and today reap the fruits of it. They already have patents and have obtained a financing of 400 thousand dollars to start developing the product. All this with only 20 years old.

They have already won 5 prizes thanks to this project, they became popular as they were the youngest to win the Perlman science prize . All thanks to its tiny bacteria capable of transforming plastic into CO2 and water. The technology is used in two ways: To clean the beaches and also to produce raw materials for clothing.

“It is practically impossible to make people stop using plastic, we need technology to break the material, and everything becomes biodegradable, ” says Miranda Wang.

The development of this technology is divided into two parts: First the plastic is dissolved and the enzymes as catalyze whereby the plastic becomes highly malleable fractions. These components are placed in a biodigester station , where they behave as if they were leftovers of food. The project runs in just 24 hours, to move from plastic to water, really promising.

The 9-year-old is building a hide and seek game, using a free programming application called Scratch 2.

Scratch 2 allows users to create games, animations, and stories online or offline. So far, Basil has used it to generate more than 30 mobile games.

Today’s game involves a bat he has programmed to hide. The player gets a point every time he catches the bat when it emerges from its hiding place.

“I learned how to build games at a boot camp. Now, I build to keep me busy when I am bored,” Basil told CNN.

In March, his father signed him up for a five-day boot camp for children aged 5 to 15.

“I bought him a tablet when he was 4 years old because I saw that he was always grabbing phones to play games with. He played Candy Crush and Temple Run a lot,” the father told CNN.

But Basil’s interest in creating his games grew at age 7 after he got scolded for spending all of his time playing.

“There was this day he was on the tablet, as usual, he was so carried away with the game he was playing that I got upset with him,” his father said.

“Out of annoyance, I said to him, ‘you are always playing games, can’t you think about building your own games so others can play yours too?’. I was angry when I said it, and I did not know he took it seriously,” he added.

Public education has a problem.

Illinois is facing a shortage of students – and a surplus of school district administrators.

From 2014 to 2018, student enrollment at Illinois K-12 public school districts fell by 2%, reflected by a nearly identical percentage drop in those districts’ total teachers during that time.

Despite Illinois school districts losing both students and teachers, their administrators grew 1.5% during the four-year period.

In other words, while school districts’ student and teacher populations are thinning, the bureaucratic layer at the top only gets thicker.

Illinois spends more than any neighboring state and nearly double the national average on “general administration” costs, according to data from the U.S. Census Bureau. Meanwhile, Illinois students’ test scores trail those of many neighboring states, as too many education funding dollars get trapped in the bureaucracy before reaching the classroom.

Administrative bloat comes at no small cost to Illinois families: Illinois has 852 school districts, which together consume nearly two-thirds of property taxes collected in Illinois.

On average, school districts in Illinois spend $581 per pupil on school district administration, or more than 2.5 times the national average of $230 per student. If Illinois spent the same as the national average on district administration, it would save $708 million on unnecessary bureaucratic spending that could be reinvested in classrooms or returned to property taxpayers.

Instead of perpetuating the same cycle of mismanagement and excess spending, Illinois school districts need to rein in administrative costs and put their students’ needs first.

Good read, by John Hawthorne on the state of Christian higher ed.

Outing students about their faith, wow.

As a teacher, I find remarkable resistance to bringing religious ideas and experiences into class discussions. When I ask what a philosopher had in mind in writing about salvation, or the immortality of the soul, my normally talkative undergraduates suddenly stare down at their notes. If I ask them a factual theological question about the Protestant Reformation, they are ready with answers: predestination; “faith, not works”; and so on. But if I go on to ask students how one knows in one’s heart that one is saved, they turn back to their laptops. They look anywhere but at me—for fear that I might ask them about feeling the love of God or about having a heart filled with faith. In my cultural-history classes, we talk about sexuality and identity, violence and revolution, art and obscenity, and the students are generally eager to weigh in. But when I bring up the topic of religious feeling or practice, an awkward silence always ensues.
As a nonbeliever myself, I am not trying to convert any student to any religion. Yet how to discuss religious faith in class poses a major challenge for nonreligious colleges and universities. How can such an institution claim to educate students about ideas, culture, and ways of life if students, professors, or both are uncomfortable when talking about something that’s been central to humanity throughout recorded history?I teach my classes at Wesleyan University, where I am also the president. For most of its first century, the school was—as its name indicates—firmly in the tradition of the theologian John Wesley, the founder of Methodism. In 1831, Wesleyan’s first president, Wilbur Fisk, articulated the mission of the school as being for “the good of the individual and the good of the world,” drawing on Methodism’s synthesis of deeply personal spirituality and the pursuit of social reform. Indeed, the passion for reform often was energized by that spirituality. In the early 1900s, Wesleyan officially became a secular university, eventually prizing academic freedom and independent research rather than adhering to a set of religious teachings.Still, Fisk’s words have continued to ring true. Although few of our students today know much about John Wesley’s charismatic preaching or the core tenets of Methodism, many of them are still perfectly comfortable with the idea of finding one’s own good while also doing work in the world that promotes what they now call social justice. If they no longer have a principled spirituality, they need to think hard about what else sustains efforts aimed at justice—and about how politics, ethics, and the nature of knowledge have been intertwined with religious faith and practice.Yet classroom discussions of these very subjects often seem threatening to even students of faith, who tell me they don’t want to be “outed” on campus. These undergrads encounter mostly secular professors who sometimes treat religious believers as somehow intellectually deficient, or as morally compromised by their commitments to traditions that their teachers have left behind.

Humans today are mosaics, our genomes rich tapestries of interwoven ancestries. With every fossil discovered, with every DNA analysisperformed, the story gets more complex: We, the sole survivors of the genus Homo, harbor genetic fragments from other closely related but long-extinct lineages. Modern humans are the products of a sprawling history of shifts and dispersals, separations and reunions—a history characterized by far more diversity, movement and mixture than seemed imaginable a mere decade ago.

But it’s one thing to say that Neanderthals interbred with the ancestors of modern Europeans, or that the recently discovered Denisovans interbred with some older mystery group, or that they all interbred with each other. It’s another to provide concrete details about when and where those couplings occurred. “We’ve got this picture where these events are happening all over the place,” said Aylwyn Scally, an evolutionary geneticist at the University of Cambridge. “But it’s very hard for us to pin down any particular single event and say, yeah, we’re really confident that that one happened — unless we have ancient DNA.”

The events that do get pinned down therefore tend to be relatively recent, starting with the migration of modern humans out of Africa 60,000 years ago, during which they interacted with hominin relatives (like the Neanderthals and Denisovans) they met along the way. Evidence of interbreeding during any migrations before then, or during events that transpired earlier within Africa, has been elusive.

Now that’s starting to change. In part because of greater computational power, “we’re starting to see the next wave of methods development,” said Joshua Akey, a professor of genomics at the Lewis-Sigler Institute for Integrative Genomics at Princeton University. “And that’s allowing us to start making new inferences from the data … that the previous generation of methods couldn’t make.”

As scientists peer further back in time and uncover evolutionary relationships in unprecedented detail, their findings are complicating the narrative of human history and rescuing some formerly missing chapters from obscurity. Clues are emerging about the unexpected influence of gene flow from ancient hominins on modern human populations before the latter left Africa. Some researchers are even identifying the genetic contributions modern humans might have made to those other lineages, in a complete reversal of the usual scientific focus. Confusing and intertwined as these many effects can be, all of them shaped humanity as we now know it.

Did they find Emmaus?