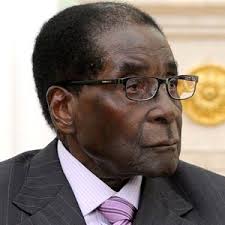 Though no life is merely a statistic, the most selfish and wicked can occasionally be summed up in one. Here is one fact that does some work in summing up the life of the now, finally, late Robert Mugabe.

That statistic within a statistic is worth dwelling on. With a greater or lesser degree of acceptance, all human beings understand that every year we live is one year closer to the grave. But Zimbabwean women in the era of Mugabe weren’t just heading at the normal human pace towards the terrible silence, because at the time same they were moving towards it, it was moving towards them at the same speed. (By way of contrast, in Kenya during that same period, life expectancy increased 10 years in a decade, so that in 2013, the average Kenyan was no nearer to death than he had been in 2003.)

There were two reasons why the citizens of Zimbabwe found themselves in such a dreadful situation. The first was the dire economic system that Mugabe oversaw, one of incompetence, corruption and grand-scale theft that turned one of the breadbaskets of Africa into a basket case. Hyper-inflation was just one consequence, but for the average Zimbabwean this translated into food shortages, medical shortages and eventually shortages of just about everything.