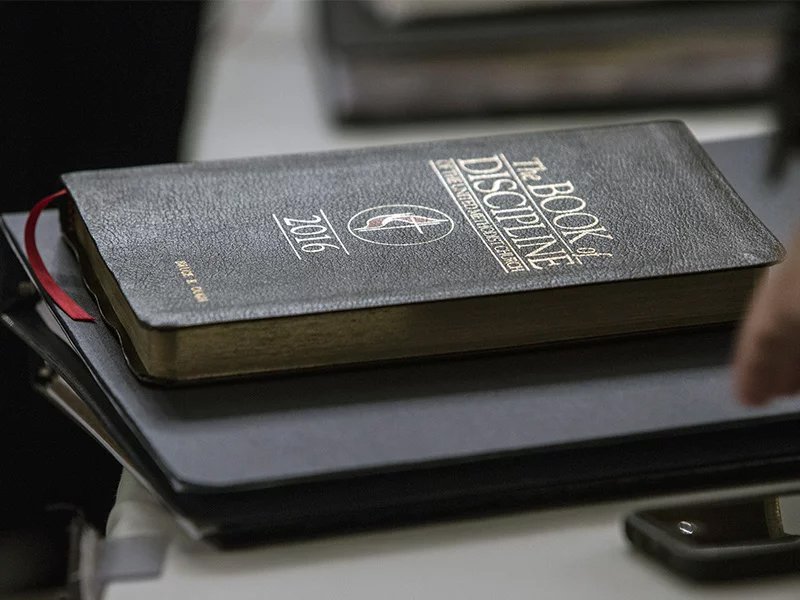 In the quest for historical support for their case against inclusion, traditionalist Methodists have broken new ground in Scripture and tradition. Emphasis on broken. Neither argument holds any water.

First, from Scripture. Most of us are familiar with the “clobber” passages against “homosexuality” that have been argued over for decades. Recently a new one was “discovered.” Proponents of same-sex marriage have correctly pointed out that Jesus was silent about it. In and of itself this proves nothing. There are many topics that Jesus was silent on but that we can reasonably interpret what he would say today. Nevertheless, traditionalists apparently became desperate to find some instance where Jesus spoke.

The best they could do is Matthew 19. This is eisegesis (reading into the text what we want it to say) at its finest. In  Matthew 19:3-12 Jesus is asked a question about the lawfulness of divorce. In his answer, Jesus references Genesis: “For this reason a man shall leave his father and mother and be joined to his wife, and the two shall become one flesh.” So yes, technically Jesus mentions heterosexual marriage. And that reality is completely beside the point.

I’m reminded of a blog post years ago when I compared Pax Romana (an imposed peace in the Roman Empire) to the current United Methodist Church. One person’s critique of the post was that I didn’t do a comprehensive look at the Roman Empire. The critique missed the point entirely. The post wasn’t about Rome – it was about our Church. The metaphor worked whether or not it was perfect. After all, every metaphor breaks down at some point. This interpretation would be like turning to Matthew 21:21-22 and saying that we should be able to literally throw mountains into the sea through faith. Jesus says it but for the purpose of making a point.

So what’s Jesus’s point? His point is made in verse 6: “Therefore, what God has joined together, let no one separate” and further in verse 9 “whoever divorces his wife, except for unchastity, and marries another commits adultery.” The point is that divorce is wrong. And yet at General Conference in St. Louis when a motion was made to include this understanding it was roundly criticized as political maneuvering by the same people who want to take this passage out of context to condemn same-sex marriage. You can’t have it both ways.

The Book of Discipline is not our Doctrine. In a brief online argument I had with Bishop Scott Jones, Bishop Jones stated that doctrine means teaching and therefore everything we teach is doctrine. That may be true if it is doctrine with a microscopic d and not Doctrine with a capital D. Flipping to a random page, I don’t think that we want to claim that  having a Curriculum Resources Committee (paragraph 1121) is doctrinal.

Our real doctrine is in Part III, Doctrinal Standards and Our Theological Task which begins with paragraph 102. This is rich stuff which more United Methodists should read. Sections like Basic Christian Affirmations and Distinctive Wesleyan Emphases are great. Buried in paragraph 104 we note that in addition to what is printed in the Book of Discipline we also consider The Standard Sermons of Wesley, the Explanatory Notes Upon the New Testament, and The General Rules of the Methodist Church are considered doctrine. Thus to teach something contrary to these sources would violate our doctrine.

In my 46 years of life and 20 years as a pastor I have never heard anybody quote Wesley’s notes as doctrine until this last year. Because supporters of inclusion have rightly noted that our doctrine is silent on same-sex marriage, traditionalists became desperate to find some place where our doctrine actually does say something. They hit pay dirt with Wesley’s Notes. Chris Ritter is one of many who cites Wesley’s Notes in this regard. In short, Wesley unsurprisingly read the clobber passages the same way that many people today read them and would not have approved of same-sex marriage.

This may all be true. But this is the most selective reading of Wesley that has ever been performed. Let me share simply one example. In his notes on Revelation 13 Wesley makes multiple references to the pope and/or the papacy as an antichrist. Not one, not a handful, but a multitude of references. Following the same logic that Wesley’s Notes are doctrinal any of us who are unwilling to call Pope Francis an antichrist are not following our Methodist Doctrine. The truth is that for all of us Wesley’s sermons and notes are at most a second-tier source of doctrine. None of us truly treat them as primary doctrine that must be adhered to precisely.

What Does It Mean?

I’m clear that the silence of both Jesus and our Doctrine do not necessarily mean that the inclusive position is the correct position. Those are not the primary reasons that I favor inclusion. Let’s be honest, though, that they are indeed silent. Let’s make our cases using legitimate arguments instead of resorting to desperation.

The Rev. David Livingston serves as Senior Pastor at St. Paul’s United Methodist Church in Lenexa, KS. This post is republished with permission from his blog, Now and Not Yet.