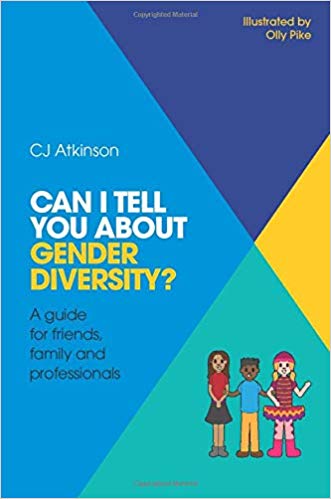 Would you read this book with your 7-year-old?

After Milly Molly Mandy, The Famous Five and The Hobbit, which book would you most like to read with your 7-year-old? How about, Can I Tell You About Gender Diversity?  This book, on offer to British schools, concerns a child called Kit who was “assigned female gender at birth” but was “not happy that way.” Kit informs young readers that “the best thing about hormone blockers is that if I change my mind then they won’t hurt my body,” reports the Telegraph (London).

If this transgender primer is definitely not what you want in your own child’s classroom, it may be some comfort to know that a senior British academic thinks it’s dangerous too. Susan Matthews, an honorary senior research fellow at Roehampton University, says that transgender guidance books (there are more than one) put primary school children at risk by misrepresenting medical knowledge about puberty blockers and “fail child safeguarding”. Ms Matthews rightly observes “there is no evidence to demonstrate that puberty blockers are fully reversible, or if they cause permanent harm.”

[…]  What more effective and efficient way to mess up their heads than by attempting to insert ideas that are too big for their brains – and what better way to recruit more ‘trans’ volunteers than by offering them a way of avoiding such traumas?

Jame would do better to produce books of real fairy tales – tales of a beggar becoming a prince, or a scullery maid becoming a princess – which used to take children out of their own heads only to restore them safely to reality – and with a new appreciation of reality. Now they are being taught that a beggar can become a princess and a scullery maid can become a prince – although if they marry they will not be able to produce royal heirs without the help of reproductive technology.

A real princess, such as Princess Charlotte, starting school today, will most likely get on very well, because she will not be fed such dangerous nonsense but will be able to “access” real fairy tales – unless these are banned by the same ideologues who are promoting this new tale of sexual diversity, in which anyone can be what they want to be, regardless of scientific facts and observable reality.