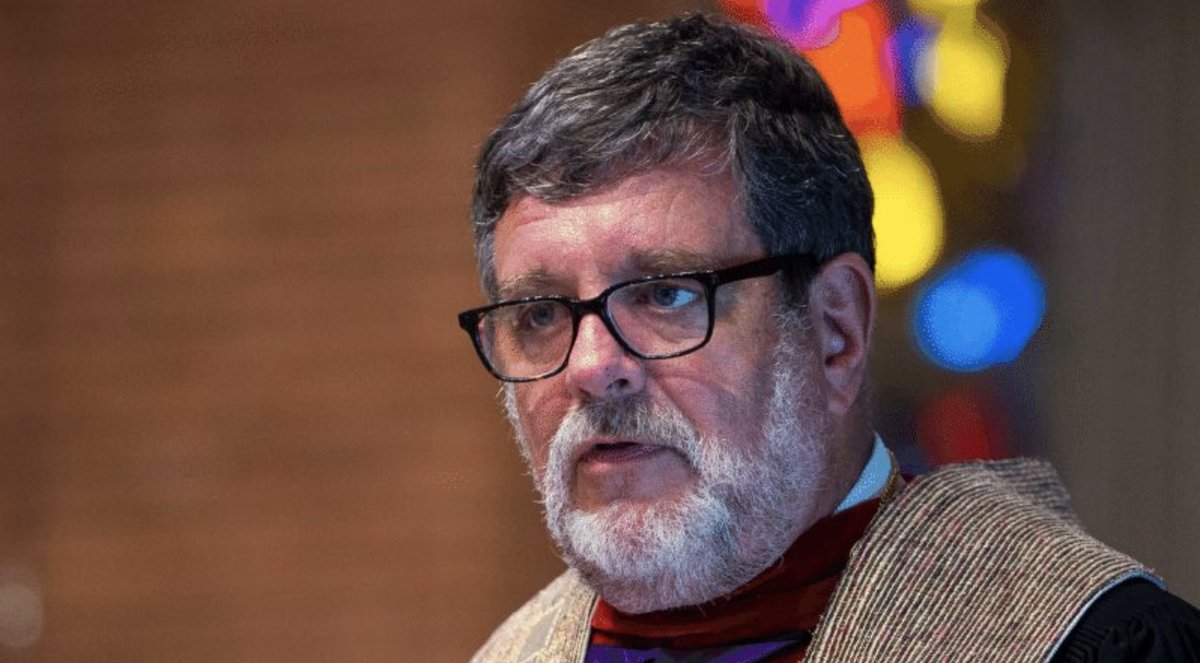 WASHINGTON (Sept. 6, 2019) – In a call to the church to resist the current politics of fear and hate, the Rev. David McAllister-Wilson, president of United Methodist-related Wesley Theological Seminary in Washington, D.C., said that “the essence of leadership is either to invoke the ‘better angels’ of our nature or let loose the ‘killer angels’.” Drawing from Abraham Lincoln’s First Inaugural address, McAllister-Wilson told the opening Convocation of Wesley’s 138th academic year that we must be both “pastors of vital congregations” and “prophets in the public square.”

“Some say the role of pastors is to avoid politics and care for the members of our congregation and that our business is the proclamation of the Good News of salvation,” McAllister-Wilson preached. However, he said, “When we confess, ‘Jesus is Lord,’ we are also saying, ‘and Caesar is not.’”

“We are Caesar,” he added. “That’s what ‘government of the people, by the people and for the people’ is about.  We are non-partisan but not disinterested. This is not a choice between capitalism and socialism, conservative or liberal, Republican or Democrat. Christians should be a special interest group on behalf of the abundant life in the Kingdom of God, however that is achieved.”

McAllister-Wilson issued a challenge to all Christians in America to claim a kind of “double-consciousness,” citing W.E.B. Dubois’ description of what it means for African-Americans to have two realities: being both American and black.  “Christians hold dual citizenship, in both the United States and the Kingdom of God.” And with that dual citizenship comes responsibilities to engage with the political sphere.

“We not only can be spiritual and political, pastoral and prophetic, we must be,” he said, “because Christianity is spirituality with an attitude and an agenda. If we read about the Kingdom of God, sing about it and pray for its coming on earth as it is in heaven every Sunday, and then we do nothing to make that happen, we are among those whom Jesus condemned as ‘hypocrites.’”

An ordained elder in The United Methodist Church and member of the Virginia Conference, the Rev. Dr. David McAllister-Wilson has served as Wesley’s president for the past 18 years.

Sheila George serves as director of communications and marketing at Wesley Theological Seminary.