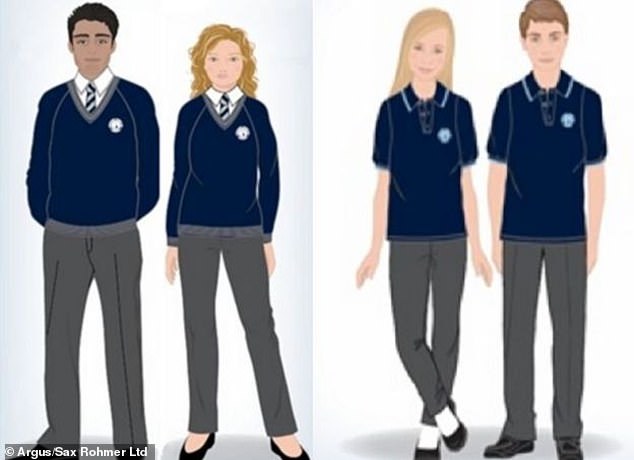 Angry parents will protest at the school gates tomorrow after a head teacher warned they would be sent home if they are not wearing a new gender neutral uniform.

They have described the situation as pointless and silly.

Priory School in Lewes forced all pupils to wear trousers in 2017 after ‘concerns’ were raised over the length of skirts and to cater for their transgender pupils.

At the time, the school said only new students would be required to wear the new uniform.

But then shortly before the summer holidays the school stated that all students, not just newcomers, will be required to wear the ‘gender neutral’ uniform.

The school has warned parents that children still wearing the old uniform will be sent home from the first day of school this Friday.