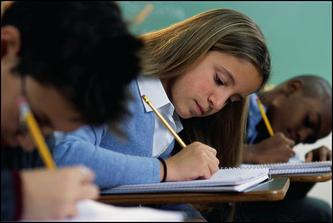 A new opinion poll by Stonewall has been slammed as misleading and manipulative by parents’ advocacy group Safe at School.

The poll carried out by nfpSynergy for the LGBT rights group Stonewall is claiming that 60% of the British public think it is right for children in primary school to learn about different kinds of families, including same-sex families.

However, Safe at School has so far been unable to obtain the poll conducted on behalf of Stonewall in order to check on the findings.

Antonia Tully of Safe at School says: ‘If indeed the figure is correct, 60% of adults is not 60% of parents. What parents think is what matters here. Last year parents and grandparents overwhelmingly rejected the Government’s plans for teaching primary school children about relationships. Parents were the biggest single group responding to the consultation.

‘58% of those who responded to the Government’s consultation disagreed that the content for relationships education at primary school was age appropriate. Overall over twice as many respondents were against teaching children about LGBT relationships as were in favour…