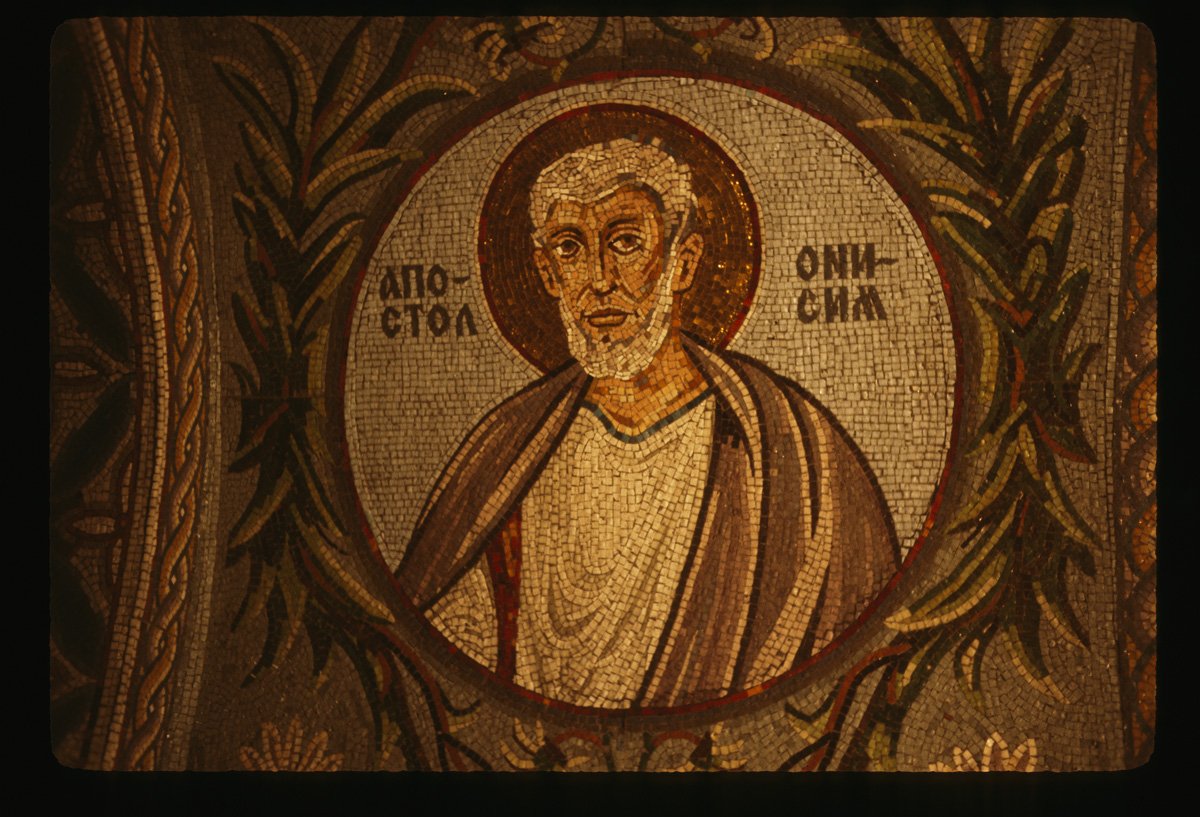 In selecting a text for next Sunday, I find the prescribed lessons are rich with meaning. Jeremiah invites us to go to the potter’s house. Our potter has just thrown a pot that will not do, so he is reshaping the broken vessel. (Sounds  like things to come at General Conference!) Luke would have us take up the cross with a warning of what can happen if we don’t. But best of all for me is the letter by Paul to Philemon. It concerns Onesimus, a runaway slave who belongs to Philemon, a church leader. Onesimuis was captured and put into a cell with Paul, who shelters and protects the boy. Now it is time for Onesimus to be returned to his owner Philemon, who Paul knows.

While in jail Paul has become like a father to the boy slave and he writes to ensure that Philemon knows of his concerns. Runaway slaves could be in great danger. So Paul appeals to Philemon and tells of their time together and that Onesimus has become like a piece of his heart. He then lets Philemon know of his concern for the boy’s safety and he also hopes that the boy will be welcomed and safe. Paul appeals to Philemon as a brother in Christ, as if to say he knows that Philemon will welcome the boy home.

Paul has no authority to boss Philemon around or to tell him how to treat the slave, but apparently by this time folks really didn’t wish to get crosswise with Paul either.

I think this letter is included in the canon to let us see how Christian influence can make the difference.

I still remember my first year in Iowa. I was invited to go to Mississippi to visit with white pastors regarding the really tragic civil rights struggle. My congregation didn’t think I should go. They thought it would be interfering.  But then the letter came from Ed Boulton, Assistant to the Bishop, thanking the congregation for allowing me to join the team of peacemakers. A tense situation was avoided, and two young laymen from our church also went with me.

It occurs to me that each of us as pastors can use our influence to assist folks in tight places. My former Bishop, James S. Thomas, used his office in this way many times, and modeled a type of leadership for his cabinet which often saved the day.

Best we can tell, Onesimus survived and the story is given to us as a model for the use of Christian influence.

As Pastors we can each use our influence when we see persons caught in tight places. A word spoken at the right time, a letter written, using our influence costs very little and it can make all the difference in many instances. So use your Christian Influence.

Excursus for Labor Day:  There is some evidence that the labor movement is coming back—this time led by strong women. Here is a song in honor of one of the saints within the Labor Movement “who never died.”

Alive as you and me,

I never died, said he,

I never died, said he.

To Him standing by my bed

“They framed you on a murder charge,”

And standing there as big as life

And smiling with his eyes,

“What they forgot to kill,

Went on to organize,

Went on to organize.”

This song testifies to what I believe:

Those who lay down their lives for others never die;

There is a deathless expression to life…death annulled.

Dear God, help us to keep a watchful eye. Let us be guided by the principle within of Godly care for the weak, the lost, the sinned against. We serve in Jesus’ name.  Amen.

The Rev. Bill Cotton of Des Moines is a retired clergy member of the Iowa Annual Conference. Together with colleagues and friends, he writes the MEMO for Those Who Preach, delivered each week by email. This post is republished with permission.