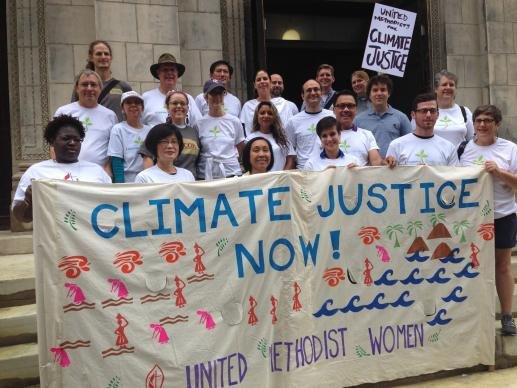 Sept. 1st was proclaimed as a day of prayer for the environment by the late Ecumenical Patriarch Dimitrios I in 1989. Ironically this year, the season began with Hurricane Dorian, then classed as a Category 5 storm, raking the Bahamas with destructive wind, rain and flooding.

Global Ministries, the mission arm of The United Methodist Church, sponsors a creation care initiative called EarthKeepers. According to the Caretakers of God’s Creation website, the initiative has developed “a grassroots community of United Methodists who believe that a relationship with God’s creation and a ministry of caring for and healing the earth are integral to what it means to be a Christian and a United Methodist.” The New York Times recently featured three United Methodist new church starts that focused on ecological justice:  Simple Church, New City Church, and Valley and Mountain. Read the article here.

The Orthodox church year started on Sept. 1 with a commemoration of how God created the world. On Oct. 4, Roman Catholics and other churches from the Western traditions commemorate Francis of Assisi, known to many as the author of the Canticle of the Creatures.

Each year, the ecumenical steering committee that provides resources to celebrate the Season of Creation suggests a theme. The suggested theme for this year is “The web of life: Biodiversity as God’s blessing.”

Visit the Season of Creation website for more ideas and resources