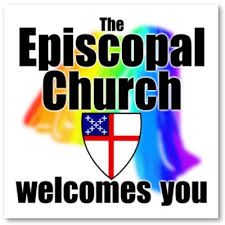 Statistics recently released by the Office of the General Convention show membership continued a gradual, uninterrupted drop of 36,214 persons to 1,676,349 (2.1%) in 2018, while average Sunday attendance declined 23,538 to 533,206 (4.2%). Across the denomination, nearly three-quarters of Episcopal parishes now have an average attendance of fewer than 100 persons. Median attendance across the church has dropped to 53. During the past five years, 59% of congregations have seen attendance declines of 10% or more.

The continued decline in members and attendees, even in major metropolitan areas, threatens the ability of the denomination to effectively continue ministry nationwide.

Outside of the state of Texas and Navajo Missions, no domestic diocese reports an increase in attendance, although declines vary widely. The northeastern regional Province 1 continues to shed attendance faster than any other region in the church, dropping 6.2%. Episcopal provinces are regional groups of dioceses, equivalent to Presbyterian synods or United Methodist regional jurisdictions.

The Episcopal Diocese of New Hampshire that first elected an openly partnered gay bishop in 2003 reported a 2018 attendance decline of 19.9%. The relatively traditionalist dioceses of Florida and Springfield (Illinois) reported declines of 0.7% and 0.8%, respectively. Excepting Navajo Missions, the smallest diocese by attendance continues to be Northern Michigan, which dropped 4.4% to 393 attendees and was the only diocese to record zero adult baptisms and zero confirmations in 2018. Shrinking dioceses have little incentive to juncture with neighbors: doing so would effectively forfeit an eight person deputation to General Convention, which is the same size deputation as larger dioceses like Texas (22,350 attendees) receive.