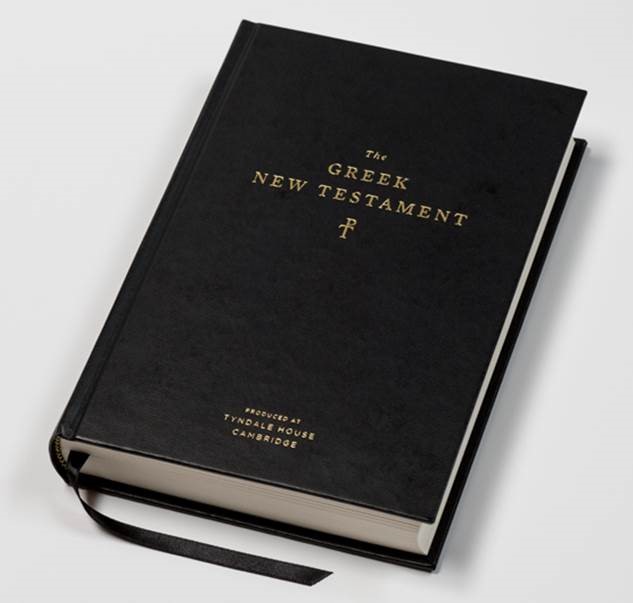 If the above headline to this post is “Greek” to you, that’s because it really is! The English Standard Version (ESV) Bible translation renders it, “In the beginning was the Word, and the Word was with God, and the Word was God” (John 1:1)

We’re excited to announce that The Tyndale House Greek New Testament (Crossway, 2017) is now available for reading on Bible Gateway, along with other Greek language editions.

You’ve probably noticed lately that the Bible Gateway Blog has been celebrating a Greek festival of sorts: learning how the New Testament was originally written in Greek and how Bible Gateway makes it easy for anyone (you don’t have to be fluent in Greek) to do original Bible word studies (be sure to watch the first video, “Getting Started,” in our conversation with biblical Greek scholar Dr. Bill Mounce) to get a full, rich understanding of Scripture.

Centuries ago, God chose ancient Greek to be the dominant original language of the New Testament. Significant advances have been made in Greek translation studies of the New Testament since a standard text was adopted by scholars in 1975. The Tyndale House Greek New Testament reflects that advancement by reevaluating the standard text—reexamining spelling and paragraph decisions as well as allowing more recent discoveries related to scribal habits to inform editorial decisions. Published in 2017 to coincide with the 500th anniversary of the Reformation, The Tyndale House Greek New Testament is a groundbreaking contribution to biblical scholarship.

Study the Bible in fresh new ways by becoming a member of Bible Gateway Plus. Try it free right now!