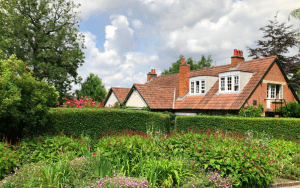 Where did summer go?

A crowded mosaic on the floor of an early Christian church overlooking the Sea of Galilee in northern Israel apparently depicts the Miracle of the Multiplication, in which Jesus fed a multitude of 5,000 followers with just five loaves of bread and two fish.

Going by Byzantine standards, the floor art in the so-called Burnt Church in Hippos-Sussita is of mediocre workmanship with regard to both the mosaic tiles and the scenery depicted, acknowledge the archaeologists excavating the site. But standing amid the ruins on the windswept hilltop, there is a palpable sense of the early followers of Christ, who worshipped here with a view of almost all of Gennesaret, today called Lake Kinneret.

And looking at the church floor, the faithful may have been reminded of one specific miracle.

The Burnt Church, one of at least seven Christian houses of worship in Antiochia-Hippos, as the city was called by the Romans, or Sussita, as it was called in Aramaic, was unearthed in July. Ceramics and other indications date its construction to the fifth century. It was called thusly because it ended its life in conflagration, its roof collapsing. The resultant blanket of ash actually protecting the mosaics from centuries of blazing Middle Eastern sunlight.

Most of the mosaics in the Burnt Church, which decorate the nave, the apse and the side-aisles, were preserved from fading and weathering by this fortuitous catastrophe.

In the weeks after its discovery, more than 90 percent of the Burnt Church’s mosaic carpet was cleaned and conserved by the Israel Antiquities Authority’s Yana Vitkalov, head of on-site conservation. Observed for the first time in about 1,600 years, the mosaic’s colors are bright and its subjects unmistakable. Their interpretation is another matter.

Down the nave of the Burnt Church are two triplets of fish – six in total. Each set consists of a small fish, a medium-sized one and a big, fat one. The big, fat fishes seem to be smiling. The mosaic in the apse features exactly two fish, in keeping with the tale of the Feeding of the 5,000. The two fish are facing each other in the heraldic position – facing one another, while the six fish along the nave are not.

SHANGHAI — Costco was forced to shut its first store in China early on its opening day on Tuesday, according to state media, after large crowds flocked through the door and caused neighborhood traffic jams.

Videos posted on Chinese social media showed thousands of people crowding the aisles of the store in Shanghai’s Minhang district, while signs outside warned incoming shoppers that they might have to wait three hours to park.

One nearby school sent out an advisory to parents warning them about the traffic conditions. “Please expect the student dismissal this afternoon to be severely delayed due to the grand opening of Costco Supermarket,” said the message.

Students who “take a break” from an intellectually demanding task by turning to their mobile phones are failing to “recharge their brains” and improve their performance.

That is the clear conclusion of research carried out by Terri Kurtzberg, associate professor of management and global business at Rutgers Business School, and doctoral candidate Sanghoon Kang, and now published in the Journal of Behavioral Addictions.

To look at the refreshing effect of different kinds of breaks, they gave 414 undergraduates 20 anagrams to solve. Halfway through the task, most of them were asked to stop and select three items from a shopping list, using either a mobile phone, a paper flyer or a computer.

Moving on the students’ level of success in solving the anagrams, the researchers found a similar story, with “those in the cell phone break condition solv[ing 22 per cent] fewer problems in the second half of the task as compared to those” in all the other break conditions combined.

The paper, “Reach for your cell phone at your own risk: The cognitive costs of media choice for breaks”, also cites earlier research that some people are “so connected with their phones [that they] experience ‘phantom vibration syndrome’ [and] mistakenly imagine that a phone has sent a message alert”.

Asked about her recommendations for avoiding such addictive behaviour, Dr Kurtzberg said that she “personally do[es] not allow [her] students to have phones out during class”. She added: “Some have even commented to me on what a pleasant surprise it has been to learn so well in a class without their phones!” Academics too, particularly “during moments of real thinking (such as when writing)”, ought to “put the phone in a drawer until you’re at a stopping point. And whenever looking at the phone, remember to leave yourself more transition time afterwards to return to other tasks.”