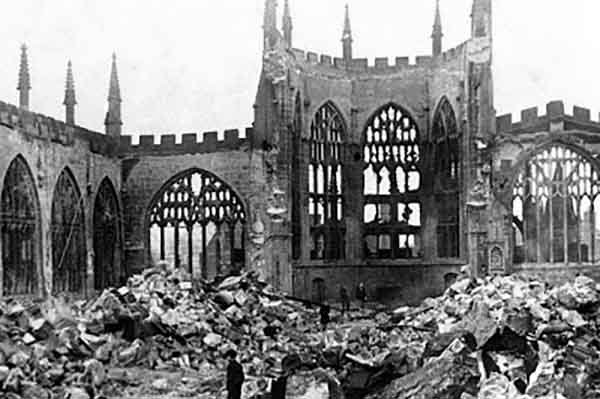 My beloved denomination is getting ready to wage war again for General Conference 2020. Submission for proposed legislation is due on September 18th. I’m not a delegate and I am not submitting any legislation. I’ve decided to become a conscientious objector in this season. I was a soldier long enough in a war that is going nowhere.

It’s starting to feel a little bit like Vietnam: the public was all behind the war when President Johnson sent troops in. Then the country became horribly divided. President Nixon withdrew troops eight years later, but the division remained. Three million people died – half of them civilians. Soldiers came home and were vilified: some who opposed the war thought way too many innocent civilians died and accused them of being butchers, while some who supported the war viewed them as “losers” for not being successful. We were horrible to Vietnam veterans. Shame on us.

These things took their toll on those veterans: many later suffered from post-traumatic stress disorder and high rates of divorce, suicide, and addictions. And even though a war was fought and finished, a country remained divided.

In my opinion, our denomination is headed toward the same ending of the Vietnam war: nothing will be accomplished, everyone will be upset and blame the “other”, and many will bear scars that will forever remind them of the war… a war among those who claim Jesus as Lord and Savior and the Prince of Peace, who will find themselves once again divided. How many denominations will Christianity be up to by then?

Besides breaking the first General Rule (do no harm), we are fighting the wrong war. While we piss and moan about sexuality, the denomination is hemorrhaging in every way measurable. The United Methodist Church has not had a net gain in membership since its creation in 1968. To be sure, Christianity is not ALL about numbers. But at the rate we’re going, things are going to be unsustainable pretty quickly. The Kingdom will certainly go on, but is it really necessary to self-inflict all this damage upon ourselves and the legacy that some left for us to thrive instead of squander? Over, of all things, sexuality?

We Americans have learned some of this behavior from our government. Our two parties are at war with each other over lots of things. Each believes passionately in their being “right” and being “superior.” There are hundreds of issues to debate upon. Yet the one thing both parties continue to platform upon doing something about is the national debt. It makes for great debate. And yet, when they get elected (anyone, regardless of their party) – nothing gets done about it. Other issues get raised, fought over, and social media-ed to death. And the debt gets bigger, bigger, and bigger. Andrew Jackson was the last president to have a debt-free government. That was 1835.

Today, the U.S. national debt is $22.5 trillion. That doesn’t count our UNFUNDED debt and interest, which then shoots that figure to $74 trillion. The unfunded liabilities on Medicare and Social Security, along with veteran and federal employee benefits, are $125.5 trillion.

How much is a trillion? Think about this:

Convert seconds to dollars, and you soon see the problem. This is not sustainable. The math is bad.

Have you heard any real urgency about this from our politicians? Maybe it’s just me… but this would seem to be a major priority above all other issues. An individual’s share of the national debt is $225,000, $876,000 per family.  (All of these are always inexact figures, and extrapolate from several sources, but their accuracy is close to being in the ballpark)

The math is bad where the United Methodist Church is concerned, too: U.S. membership fell from more than 11 million in 1968 to less than 7 million in 2016. The biggest reason: people died. The theory that it’s because of “liberal” or “progressive” issues isn’t holding much water these days, because the Southern Baptist Church is also in decline: The largest Protestant denomination in the United States declined in membership to 14.8 million in 2018, which is the first time it has been below 15 million since 1989, and the lowest it has been since 1987. Southwestern Baptist Seminary’s president, Adam Greenway, simply stated: “Facts are our friends, even when the facts themselves are unfriendly.” This is not sustainable. The math is bad.

Just a hunch: I don’t think the decline of the Southern Baptist Church can be blamed on its liberal/progressive stances!

While the Southern Baptist decline is not yet at the rate of the UMC’s, neither denomination can sustain that kind of decline for long. Christianity in general is in decline. Signs of that decline are undeniable. The main culprits behind church decline? Internal divisions, an identity crisis, and lower birthrates. And because doing something about those would require a huge shift in our thoughts, words, and deeds… we need to blame something else. Blame is always a convenient excuse to keep from dealing with reality.

Here are some things that have split/re-split communions, denominations, and local churches:

One of these splits is very personal for me. As noted on the “Timeline: Methodism in Black and White“:

1866 – A group of black Methodists within the Methodist Episcopal Church, South, petition the General Conference for their orderly dismissal from that church.

That happened in the basement of the church where I am typing this. Mother Liberty CME is a seven-minute walk away, where an old family friend, Dr. Carmichael Crutchfield, is pastor. So close… and yet so far. What a stupid divide.

Presbyterian cleric Henry van Dyke once referred to his own denomination as “God’s Silly People,” for a couple of reasons: (1) “Presbyterians have a propensity to quarrel amongst themselves and divide their forces on minor issues.” (2) “Presbyterians have an almost incredible indifference to the real significance of their own history.” I think you could substitute “Methodist” for Presbyterian and the quotes would still hold. I tremble about what God thinks of our silliness.

As our church has immersed itself in a study of the prophet Nehemiah and how we are to see our community as our congregation, I have been haunted by the words of Joe Daniel (a former district superintendent and whose book we are now studying): “[T]oo many leaders have become classist and have not come face-to-face with the full picture of why our current situations are the way they are. And as a result, our leadership is often single-issue driven and oblivious to the welfare of all. We don’t need leaders like this.” (Walking with Nehemiah, pp. 31-32)

The good news is this: some congregations, thankfully, haven’t been paying that much attention to the war. They go to a local church somewhat matches their theology and politics, learn to live with the differences within, and allow themselves to be slowly changed into who God wants them to be. They don’t give in to stupid divides. They boldly face the present and the future, unafraid. They know that unity is at best an agreement upon general direction, not the pipe dream that everyone believes and discerns God’s will with 100% accuracy. For us, that ought to be that Jesus Christ is Lord and Savior.

We’re nowhere near where God wants us to be. But we will not get there fighting wars over the

minors while the majors are avoided because they’re hard. Having General Conference after General Conference fight a war over a single issue gains us NOTHING. When it is all over, when whatever is “finalized,” what is gained? An internal win for some, an internal loss for others – all of which does nothing for the outside world and damages the reputation and witness of us all.

If you want to argue from “the truth is the truth” position, be reminded of the fact that we are, at best, foolish in our discernment of God’s wisdom and truth next to God’s wisdom and truth. And if you want to argue from a justice position, be reminded that a just war must have a reasonable chance of success and that innocent people must not be harmed.

Find a way to end the war, General Conference 2020. Peacefully. Declare us a loose fellowship like the Anglican Church, or a consortium of somewhat like-minded people that agree on the majors and disagree on some minors. Just don’t be surprised when some refuse to vote or take sides, or others respond, “Whatever. We’re going on ahead.”

In fifty years, what will our children say? And what will God say?

The Rev. Sky McCracken serves as senior pastor of First United Methodist Church in Jackson, Tenn. This post is republished with permission from his blog, Sky McCracken.