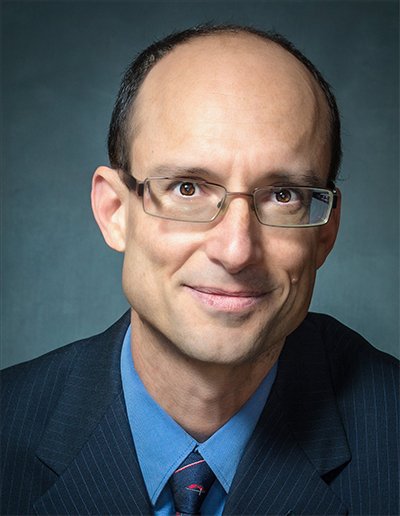 The end is near for The United Methodist Church (UMC), at least as we have known it. A special session of this church’s General Conference met February 23–26 to consider and vote on various proposals to maintain unity or, in this denomination’s parlance, to find “a way forward” amidst significant and longstanding internal divisions focused on homosexuality. While this could be viewed as just another mainline denomination succumbing to the pressures of U.S. culture wars—the Presbyterian Church (USA), Evangelical Lutheran Church in America, Episcopal Church (US), and United Church of Christ have all grappled with this issue and voted to allow same-sex marriage and to ordain openly LGBT clergy—the case of United Methodism is distinct. The UMC, more than any other denomination, illustrates the end of an era.

In his 2016 book, The End of White Christian America, Robert P. Jones wrote an obituary for white Protestant Christianity as a hegemonic presence in the U.S. cultural and political landscape. Jones identified two descendants of the deceased: white mainline Protestants and white evangelical Protestants. Throughout its history in the U.S., Methodism has accommodated both branches. Nevertheless, these children of Christendom have been mutually antagonistic for much of the last century, particularly on issues relating to human sexuality (see R. Marie Griffith, Moral Combat). Homosexuality is the most recent symbol of division between these offspring, and United Methodism has put this sibling rivalry on full display.

Even prior to the formation of the UMC in 1968, Charles Keysor was speaking out for Methodism’s “silent minority . . . variously called ‘evangelicals’ or ‘conservatives’ or ‘fundamentalists,’” in his words. In the intervening decades, this silent minority has remained neither silent nor outnumbered. Keysor founded the Good News Movement, the first of many conservative caucuses now constituting a “U.S. Evangelical Coalition” intent on maintaining prohibitions against homosexuals in the UMC despite vocal dissent by the more liberal branch in this church. However, this skirmish between the two factions of white Protestant Christianity in the U.S. is just a sideshow to the larger drama unfolding within the UMC, one not addressed by any of the competing factions or plans for “a way forward” considered at the recent 2019 General Conference.

One need not delve into denominational politics to understand how the UMC exemplifies the end of white Christian America. The main challenges facing the UMC as an institution pertain not to its stance on homosexuality—or any other social issue in the U.S. cultural landscape—but rather to its global ambitions (see, for instance, my recent book, Methodist Morals). The reality facing the UMC as we know it is a matter of demographics, not theology.

The UMC has undergone a tremendous demographic shift in membership since Keysor’s clarion call to “orthodox” Methodists. The share of members residing outside the U.S. has increased every decade since 1986, when those outside the U.S. accounted for less than 5% of the total. This share had risen to 12% by 1996, 30% by 2006, and 45% by 2016 (data from the UMC’s General Council on Finance and Administration). This internationalization is a result of a combination of factors, including a liberal embrace of multiculturalism and globalism, a conservative drive for world evangelism and political coalitions with African delegates, and an ever-present mentality of global imperialism among white U.S. Methodists generally. Regardless of the motivations and causes, the UMC today is not the same church in which the current debate over homosexuality began.

Increased internationalization poses significant challenges to an institution rooted in the eroding soil of white Christian America. To date, General Conference has never met outside of the U.S., and its business has been conducted almost exclusively in English. The next regularly scheduled quadrennial General Conference meets in Minneapolis in May 2020, at which time U.S. membership may account for only half of this church’s membership. General Conference will meet in Manila, Philippines, in 2024 and in Harare, Zimbabwe, in 2028. By the time its global body of delegates returns to the U.S. in 2032, this former flagship denomination of white Protestant Christianity in the U.S. will be a very different church than the one U.S. Methodists are fighting over at present.

Will the remnants of the U.S.-dominated, white Protestant Christianity that gathered in St. Louis in February 2019 remain fixated on their waning cultural and political power in the U.S.? Or, will United Methodists instead engage in a conversation much different than any of the proposals for a “way forward” for this denomination? Jones’s eulogy addressed the future of religious communities’ political participation in the U.S., a topic of limited relevance to the evolving, global church that the UMC is becoming. Whatever their theological convictions about homosexuality, United Methodists are playing out a dramatic scene at the end of white Christian America and the beginning of a more global version of the public church.

The Rev. Dr. Darryl W. Stephens, an ordained deacon in the Eastern Pennsylvania Annual Conference, serves as  director of United Methodist Studies and director of the Pennsylvania Academy of Ministry at Lancaster Theological Seminary. He is author of Methodist Morals: Social Principles in the Public Church’s Witness (University of Tennessee Press, 2016). This post is republished with permission from the March 4, 2019 issue of Sightings, the newsletter of the Martin Martin Center for Public Understanding of Religion at the University of Chicago.