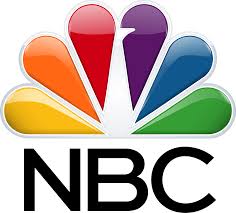 From microaggressions to transgender prefixes to “redefining masculinity,” we cover a lot of left-wing propositions that are just plain crazy. But while this madness is all too familiar on college campuses these days, seeing it promoted by the Big Three media networks is another matter…at least, seeing it promoted as overtly as NBC News did this month.

On August 16, NBC published an op-ed by Women’s Media Center columnist Marcie Bianco that uses the latest high-profile celebrity breakup, Miley Cyrus and Liam Hemsworth, as a springboard to make the…odd…argument that “as the status quo, heterosexuality is just not working.”

Not working for whom? For what?

As a snapshot of 2019 America, these stories present a startling picture: Men continue to coerce, harass, rape and kill girls and women — and go to extreme lengths to avoid responsibility for their actions. On the other side of the issue, girls and women are challenging heterosexuality, and even absconding from it altogether.

Note how, just as the Left did with the “rape culture” meme, grotesquely violent men are framed as one “side of the issue,” as if the most depraved crimes are somehow reflective of or intrinsic to one of the two sexes rather than universally despised examples of evil committed by individuals. (The “extreme lengths” line links to Jeffrey Epstein, because billionaires with their very own pedophile islands are apparently a representative sample of American males.)