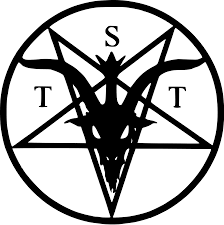 In a interview for documentary Hail Satan? published in Attitude magazine, Satanic Temple co-founder Lucien Greaves claimed that nearly half of Satanists identify as LGBT+.

Greaves said: “It would be a conservative estimate to say that more than 50 per cent of our membership is LGBTQ.

“I think that’s because they feel disowned and disenfranchised from the traditional religious institutions.

“So, you have a population willing to embrace a religious identification that is boldly willing to speak out to the contrary.”