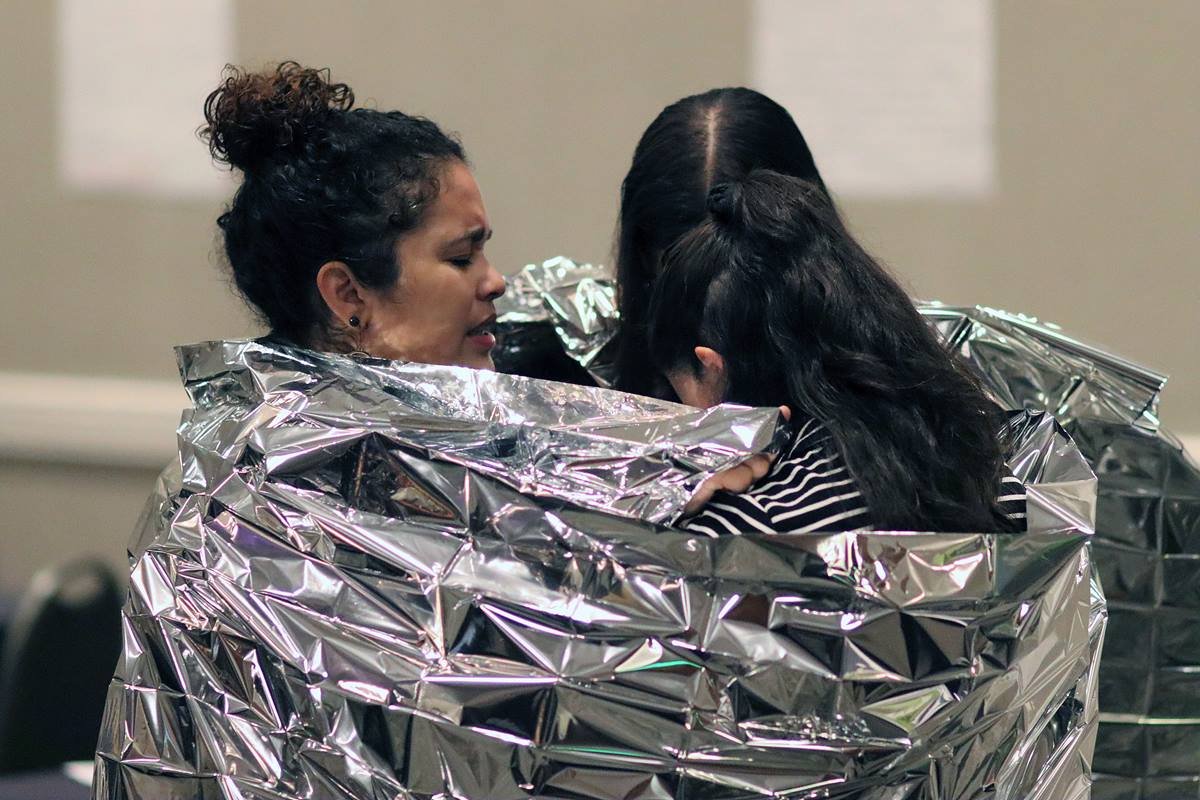 Racism, gun violence, the immigration crisis and internal clashes in The United Methodist Church were discussed at the 48th annual assembly of the Hispanic-Latino United Methodist caucus in Philadelphia.

“Our purpose is not to advocate for MARCHA but for the ministry of our church among the Hispanic-Latino population,” said Galvan during the opening session of the Aug. 1-4 caucus.

MARCHA, founded in 1971, is an unofficial group of The United Methodist Church. The caucus seeks to ensure that the contributions and cultural values of the Hispanic-Latino community are appreciated in the church and society.

“We condemn the current immigration laws for being inhuman, immoral, unfair, insensitive and racist, because they challenge the human dignity of the poorest and oppressed,” said the Rev. Joel Hortiales, director of advocacy at MARCHA and Hispanic-Latino Ministry and Border Concerns in the California-Pacific Annual Conference.

“What is happening in our country is deeply painful,” said the Rev. Dorlimar Lebrón during the opening worship sermon, where she recited the names of each of the children and young Latino immigrants who have recently died in the custody of the federal government of the U.S.

Lebrón, pastor at First Hispanic United Methodist Church in New York’s East Harlem neighborhood, recalled how her Puerto Rican origins have nourished her ministerial vision. She praised the value of cultural diversity, amid what she termed an increasingly inhospitable atmosphere for immigrants.

“Despite all the unfair realities that communities of people of color especially suffer — our children, our women, LGBTQ people —we continue to fight,” she said.

During the morning devotionals, aluminum blankets like those used in immigration detention centers were displayed. The blankets have become a symbol of overcrowding and human rights violations of detained migrants, especially children living behind bars.

At this gathering, the blankets were used to reflect and pray for people who are subject to abuse and injustice because they seek to migrate and escape from risky life conditions.

The assembly also looked at the current situation within The United Methodist Church, the new church models that are being discussed and the tensions in the denomination.

A year ago, MARCHA had officially expressed its support for the One Church Plan, which would have allowed churches and conferences to decide their own policies regarding members of the LGTBQ community.

This decision resulted in the withdrawal of members of the Wesleyan Covenant Association and the all Hispanic-Latino caucus of the Wisconsin conference.

Considering the continuing tension over the issue of inclusion, the discussion leaders repeatedly reminded the 129 clergy and laity gathered that the conversation should take place with respect and honesty.

The Rev. Edilberto Lopez-Rodríguez, professor of the Evangelical Seminary of Puerto Rico and a Methodist clergyman there, made a biblical-theological analysis entitled Extraordinary Power, based on 2 Corinthians 4:7-10.

At the beginning of his presentation, Lopez-Rodríguez analyzed the reasons for the internal conflicts of The United Methodist Church and the loss of membership as a consequence of structural problems.

“Enough talking about the church is dying and falling because of secularity, postmodernity or homosexuals,” he said. “It is dying because we are not on mission, for lack of passion for Jesus Christ because our vessels are broken and the treasure is coming out, (and) because we are not living or ministering in social holiness. …”Any change in The United Methodist Church that does not come from the people, it will hurt,” he said.

The Rev. Eliecer Valentin-Castañon, presbyter of the Baltimore-Washington Annual Conference, said that “the clarification of conflicts in The United Methodist Church, although slow, need to be led by persistent movements and collective basis. This is what history proves.”

Several clerical leaders gave explanations of the different movements and initiatives that have emerged after the 2019 General Conference.

The Rev. Jorge Domingues, executive director of connection ministries of the California-Nevada Conference, presented the position of the Western Jurisdiction, which “has become a space for the discussion and construction of new ecclesiastical alternatives,” he said.

“Our Movement Forward” is a movement that brings together clergy and laity of racial minorities, as well as the LGBTQ community, said the Rev. Alex Da Silva Souto, and seeks to emphasize those voices in the discussions and decisions at General Conference 2020.

Greater New Jersey Bishop John Schol said the church was functioning as a nuclear family (mom, dad, children) when it should be more like an extended family.

“We cannot tell our brothers how to raise our nephews or push all extended family members to the rules of a nuclear family as if we all lived under the same roof, when we actually live in different locations,” Schol said.

“Historically the structural changes in our church (have) not occurred from the General Conference,” he said. “Those changes have come from the annual conferences.”

Galvan presented the Revised Connectional Plan, based on reconsideration of one of the plans that was not discussed at General Conference 2019. This plan offers the possibility of the coexistence between two sectors with different perspective about human sexuality issues, he said.

Later, participants chose one of four different groups to discuss the impact of various options for the church’s future on the development of Hispanic-Latino ministries. The composition of the groups showed that:

• 60% of the attendees were in the group wanting to “Stay” in the denomination, resist and transform the church.

• 25% chose the “Split” group, which would create a new denomination.

• 10% met with the group wanting establish the U.S. as a Central Conference.

• 2 to 5% of the attendees met in the group in favor of creating different branches of United Methodism under the frame of the Connectional Plan.

MARCHA will request that General Conference 2020 continue with a holistic strategy for Latin America and the Caribbean for the new four-year period, to allow missionary collaboration and increase the impact of the ministries that are developed in the region.

Most of the assembly agreed to support the extension of the Plan for Hispanic-Latino Ministries during the next four-year period, including the goals described in the legislation.

The assembly also expressed regret for recent violent deaths in Texas and Ohio and made a formal call to General Conference 2020 to adopt legislation that officially defines white supremacy as incompatible with Christian teachings.