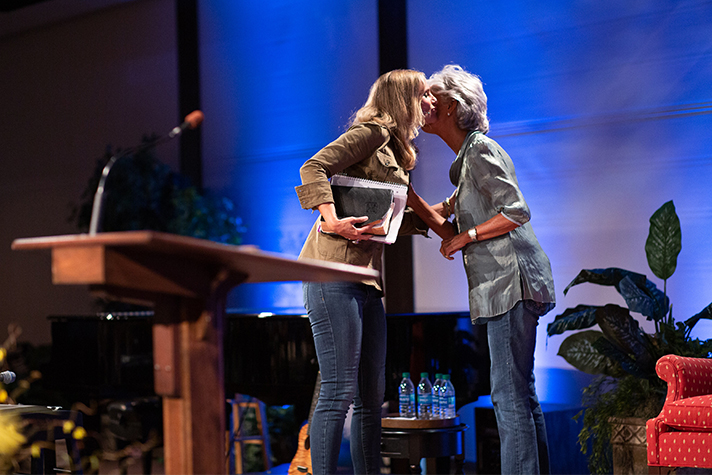 Daughter of Anne Graham Lotz, Rachel-Ruth Wright shared about the importance of living a godly life during a weekend seminar at the Billy Graham Training Center at The Cove. Wright challenged the crowd to depend on God for the sake of not just themselves, but future generations.

Following in the Graham family footsteps, Rachel-Ruth Wright encouraged Christians to leave a legacy honoring to the Lord during the weekend-long seminar at the Billy Graham Training Center at The Cove on Saturday.

The day before, Wright’s mother—also known as best-selling author and renowned evangelist Anne Graham Lotz—inspired attendees while teaching for the first time since her nearly year-long battle with breast cancer.

“It’s not hard at all to follow her,” Wright teased, causing laughs from hundreds at the sold-out conference, “Leaving a Godly Legacy in an Ungodly World.”

>> Be inspired by Anne Graham Lotz’s message from The Cove on Friday night.

As the youngest daughter of Anne Graham Lotz, Wright has been described by her mother as “a delight and a joy [with] a crazy sense of humor, a very quick wit but deeply spiritual.”

A mother of three herself, Billy Graham’s granddaughter is very aware of the importance of a godly legacy. Returning to the retreat her grandparents tucked away in the Blue Ridge Mountains of Asheville, North Carolina, Wright reflected on her favorite memories in the area.

“The thing that was so meaningful to me was the way my grandparents lived a godly life,” she explained. “They passed it down to my mom, …  and I want to pass it down to my children.”

For years, Wright has heard her mom describe the way her grandparents, Billy and Ruth Graham, studied the Bible and prayed. 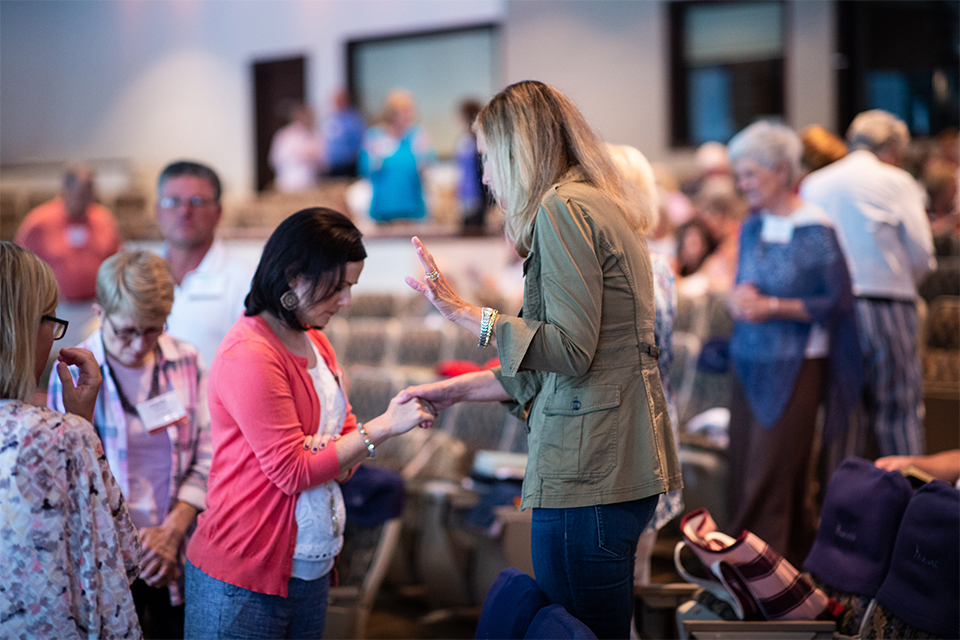 A homeschool mother of three young boys, Alison Sharp relates to the busy life of Rachel-Ruth Wright. While spending the weekend at The Cove with her mom, Trish Kittrell, she said, “My mother’s and father’s faith [was] passed down to me; it’s a special time to be reflecting on that while Anne Graham Lotz and Rachel-Ruth are talking about the legacies their family have.” After Wright’s session, the two mothers prayed together for one of Sharp’s sons.

The Makings of a Godly Legacy

On Saturday, Wright stood before an audience with her Bible open, sharing the Word of God just as she had been taught.

Telling the story of Elijah found in 1 Kings 18, Wright explained the importance of obedience to the Lord, which results in hearing from Him, walking in confidence and speaking truth.

Wright mentioned how her grandmother was in constant pain during her latter years, but still remained joyful. She remembered one weekend in particular when Mrs. Graham asked Wright and her sister to visit before they left town the next morning.

“[We] just wanted to let her sleep,” Wright said. But after her grandmother insisted, they knocked on the door in the early morning hours.

“From a dead sleep, she wakes up with a bright smile on her face and puts her hands together and says, ‘Oh, you woke me up!’ and told us she loved us,” Wright recalled. “How [is] somebody like that in a lot of pain, in her older age, able to have such a godly perspective on life and radiance on her face?

“You can’t pass on a godly legacy if you’re not living a godly life,” Wright said. “We give [God] all of our excuses. We have a choice. Are we going to heed God’s Word?”

As a mother, teacher and wife of a football coach, Wright knows what it’s like to live a busy life. But she relies on Someone besides herself.

“What is it that you are dependent on?” she asked, adding that society takes note of our actions.

“We can trust God with our situation,” Wright said confidently. “We will never see the glory of the Lord fall down unless we surrender to Him. He is a mighty power, King of kings, Lord of lords. There’s nothing He can’t handle.

“Are you showing your grandkids, your children, the people that are around you, that God will come through?”

Around the room, attendees’ hands scribbled down notes while their thoughts were directed past the surrounding mountains to their hometowns. Simultaneously, Wright shifted the conversation to address the younger generation, which includes her daughters, ages 13, 16 and 17.

“[Youth] don’t care about the Lord, they don’t want to hear it—unless they see [godliness] lived out, then they’ll listen to you,” Wright remarked. “Maybe it’ll change their lives and they’ll follow through, and they’ll carry [it] on to the next generation. But it starts with you choosing to live a godly life.” 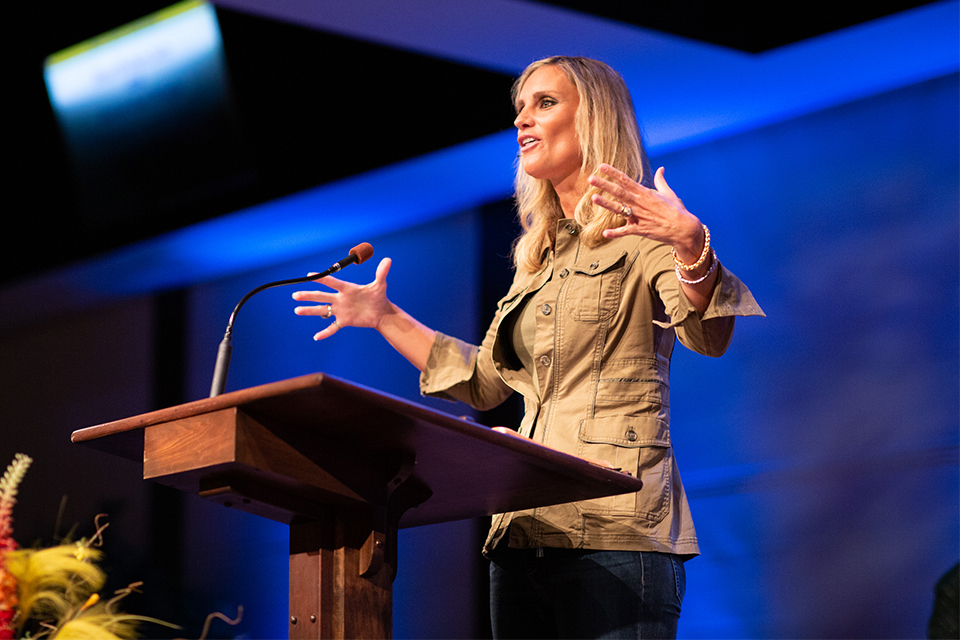 “A godly life is someone who’s obedient when push comes to shove and heeds God’s Word,” Wright shared.

Ready for a spiritual retreat? Plan a trip to The Cove.

Want to depend on God? Start a relationship with Him.