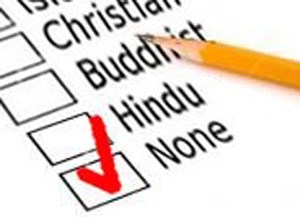 G.K. Chesterton may have summed up our current situation best: men who stop believing in God do not believe in nothing, but believe in anything. It seems that we’ve moved from belief in God to belief in government, and are hurtling toward an ever-growing state.

What happens when a growing percentage of the population no longer identifies with any religion? What happens when the “nones” outnumber the religious? Public Discourse has explored this question in a week-long series about how the rise of the nones affects religion itself, marriage and family, politics, education, and, the topic of this essay, economics. Of course, these five pillars do not stand alone—they are intimately bound up with one another. Economic concerns don’t simply rest on matters of production and consumption. The discipline of economics is concerned with questions about equality and justice that are in turn rooted in our understanding of the nature of man and our vision of the common good. Thus, the increasing abandonment of religious affiliation will have repercussions for the economy.

Harvard University researchers Robert J. Barro and Rachel M. McCleary explored the relationship between religion and economic growth across different countries, religions, and even church-state relations. Based on their findings, they point to “causal influences from religion to economic growth, rather than the reverse.” Moreover, they believe that “higher religious beliefs stimulate growth because they help sustain aspects of individual behavior that enhance productivity.” Personal traits such as honesty, trustworthiness, work ethic, and openness to strangers are generally thought to be influenced by religion. These same characteristics also tend to be rewarded in a market economy operating within a democratic regime like the United States.

One thought on “God or Government: What an Economy of “Nones” May Mean for Our Future”