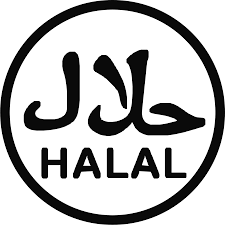 We have to talk about the schoolgirl who was disqualified from a GCSE exam on the grounds that she had made ‘obscene racial comments’ about Islam. This bizarre incident is being chalked up to overzealous wokeness on the part of some GCSE examiners. But it’s more than that. It tells us a bigger story about 21st-century Britain and the creeping criminalisation of any questioning of Islam. Too many institutions now believe it is their role to monitor and even punish anti-Islam ‘blasphemy’.

The girl — Abigail Ward — is 16 years old and a strict vegetarian. In her GCSE Religious Studies exam she wrote some critical comments about halal meat. She described the butchery involved in the preparation of halal meat as ‘absolutely disgusting’. The exam board OCR accused her of having made ‘obscene racial comments’ and disqualified her exam paper. Her school appealed, and won. OCR apologised for the ‘upset and stress’ it had caused Miss Ward.

But before we move on and shrug off this incident as the behaviour of an ‘overzealous, over-righteous’ examiner — as Miss Ward’s mother put it — we have to ask some questions.