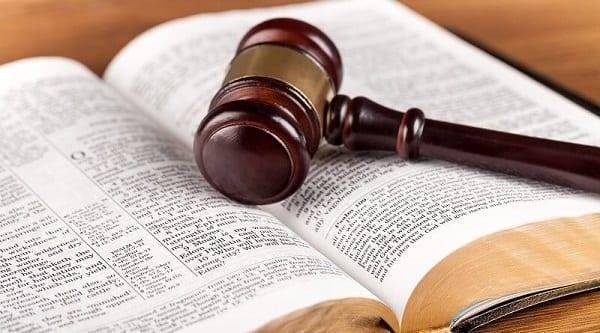 I’m not the best person at parsing through details. Right now I’m in the thick of a new school year in a campus ministry building that is still a disaster after a summer flood and I’m hiring dozens of new student workers, so my mind is swirling with all that. I have noticed a lot of commentary about two proposals for what needs to happen in United Methodism’s future: a UMC Next proposal that is being championed by centrists and some progressives and an Indianapolis proposal that is being championed by traditionalists.

Both claim to have contributions from multiple perspectives. Both seem to lack much input from either LGBTQ people or Methodists from the Global South. Rather than misinterpret or misrepresent either plan, which I’m sure I would do if I tried to critique them, I prefer to state what I think is the essential starting place for negotiating the terms of our Methodist divorce.

Let me say first that as a campus minister, I have a whole lot to lose when the connectional system goes down. Basically, I will lose a little more than $50,000 a year of funding, which may mean that our ministry is just done unless I can get local church members to step up a lot. But whether it’s rational or not, what I’m worried about more than my loss of income is that Methodism will continue to strangle itself with the inertia of institutional preservation and a predictable dysfunctional family system.

We’re caught up in a dance in which the views of US progressives, US conservatives, and Global South Methodists lock us in a torturous self-perpetuating entanglement. It seems like US progressives (or maybe actually centrists) want to preserve as much of the global institution as possible and to invite those who don’t support what has never been a majority view on sexuality to leave and form their own institution. US conservatives are skeptical about the efficacy of the global institution and seem happy to start a new movement, but are miffed about being asked to leave. Global South Methodists (at least the ones that I’ve talked to) would like United Methodism to both stay together AND enforce a traditional view of sexuality, a view which would prevail at General Conference 2020 with only a small minority of support from the US.

The most bitter divorce I’ve ever known about was a couple who continued to live under the same roof for more than a dozen awful years after they got divorced because neither person wanted the other one to have the house. In such cases, the most compassionate thing to do is to sell the house, split the assets as equitably as possible, make a very firm agreement to ensure the care of anyone who is dependent on shared resources, and start a new life apart. You might even get to a place where you’re on speaking terms with the person you fought so bitterly when you were locked in relationship.

As long as a large enough percentage of General Conference delegates are trying to save United Methodism, we will continue to cause each other misery. I’ve watched the grand plans of Methodist centrists crash and burn at every single General Conference since I’ve been ordained.

Honestly, I’m mystified as to why these “unity” plans keep on getting rolled out without very intentional engagement with Global South Methodists (maybe I just don’t see the engagement that happens). It seems clear that we need to establish an independent non-profit entity to support any financially dependent global ministries and we need firm pledges on the part of all parties in our conflict to keep these global ministries funded without interruption. But as long as we try to maintain the same institutional framework, we will remain stuck in the same contrived pseudo-covenant between people who share a cross and flame and have mostly never had a means of being in authentic relationship.

Let’s be real. We can troll each other all we want about who’s more committed to having a “global” church, but we can actually have global collaborative relationships without trying to maintain a legalistic institution that has blasphemed the otherwise beautiful concept of covenant. It’s a bastardization of covenant for people who have never built personal trust and vulnerability with each other (mostly because of the logistical impossibility) to come together as warring adversaries every four years and try to overpower each other legislatively. We need a ministry reality that allows us to form real covenants that are Spirit-sealed with fellow kingdom workers who are not so “unevenly yoked” with us that our differences become too great a distraction for the gospel to be shared effectively.

How many thousands of dollars have been spent on our legislative battles that could have hired community organizers in homophobic countries where people are killed and jailed for being LGBTQ? I’m not judging anybody for doing what they had to do in the  paradigm that we’ve had, but I tried to raise money this summer for my friend in Uganda who faces an incredibly uphill battle fighting for LGBTQ inclusion in his country. He needs $20,000 to buy a used van so he won’t get assaulted on public transit, because the cruelty of colonialism makes cars twice as expensive in countries that are incredibly impoverished. I couldn’t even raise $1000 because people who have money in our culture have accepted that the way to do inclusivity “activism” is to share blog posts that “nail it” on social media (yes, I do all that too, and btw the fundraiser is still live :-)).

When I was in parish ministry in northern Virginia, our congregation had a relationship with the Iglesia Evangelica Dominicana in the Dominican Republic. We sent mission teams every summer to build schools and churches. We built relationships with specific Dominican pastors and lay leaders who are still my Facebook friends. And while God used our relationships to inspire and transform each other deeply, there was never any thought that we should debate gender and sexuality until we could come to an agreement. We had a mutually beneficial relationship that was authentically covenantal without any expectation of doctrinal uniformity, because we weren’t trying to be the same denominational institution.

I met some amazing Methodists when I visited Uganda. In that country, Methodists are planting churches almost exclusively in the poorest areas and every church has the dream and expectation of establishing schools, health clinics, and orphanages. They deserve to have the support of US churches on all sides of our debate so they can do what God is calling them to do. And I don’t think that we need to belong to the same denominational institution for me to support Methodists in Uganda. I just need to budget my time and money with greater intentionality. And I would say that people act with intentionality a lot more readily when they are caught up in the urgency of a Spirit-powered movement rather than bumbling along in an institution that’s presumed to take care of everything.

So please institutionalists, stop it! (And if I’m off-base here, I welcome your pushback.) Let’s multiply our Methodism by at least two. I think annual conferences need to be able to discern direction on the conference level and individual congregations need to discern on their level. I think this discernment should not involve a financial penalty even though we are going to have to go through a very painful restructuring as a result. I built up a fundraising base for my ministry almost from scratch and I’m ready to hustle for $50,000 more a year. If I can do that when I only know a handful of rich people and I’m trying to be a counseling intern, manage a cafe, minister to college students, and be a dad and husband, then institutional higher-ups in the agencies with Rolodexes worth millions of dollars can do it too.

I’m hopeful that one day enough Methodists are going to realize, “Oh I actually have to invest my resources personally in campus ministry if I care about the church’s future because it isn’t just magically taken care of by the apportionments I like to complain about.” Whatever happens in our future, you will have to open your wallet more than you are doing so now.

And I’ll give you an opportunity to open your wallet now if you’d like to support a Methodist college ministry whose student leaders are majority LGBTQ that runs a cafe where 67% of the employees are students of color, that develops innovative ways of inviting spiritual not religious students to experience God’s kingdom, and that has led more than a dozen students from non-belief to full-blown Christian discipleship. I think our ministry is both inclusive and evangelical at the same time, but that doesn’t translate into my needing a dysfunctional institution whose clumsy “both/and” makes people more “either/or” than they would be otherwise.

The Rev. Morgan Guyton, along with his wife, the Rev. Cheryl Guyton, serves as co-director of the NOLA Wesley Foundation, the United Methodist campus ministry at Tulane and Loyola University in New Orleans, La. This post is republished with the author’s permission from his blog Mercy Not Sacrifice on Patheos.com.