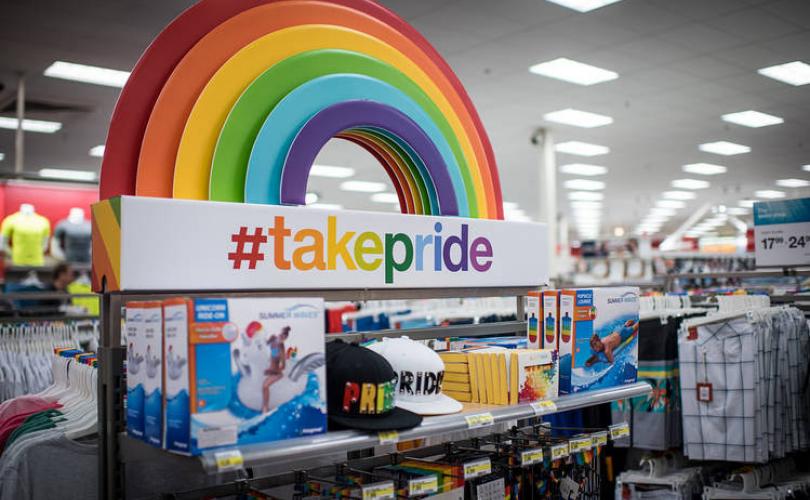 When you hitch your brand to a cause or movement that nearly every other brand is co-opting, you are not differentiating but rather genericizing your brand. That’s anti-branding. And when the cause or movement you choose has political overtones, you end up alienating, dividing, and disappointing your customers.

The six-barred LGBT “rainbow” symbol has become part of our everyday landscape. Since the late 1970s, it has been ubiquitous at LGBT parades and demonstrations. In more recent years, it has become a feature in the commercial field of corporate and brand marketing, particularly during the month of June. More controversially, the symbol is now commonly encountered in the sports arena. All of this prompts questions as to the nature and purpose of this symbol.

A symbol is a sign that represents something else by association, resemblance, or convention. Often, a material object is used to represent something invisible and abstract. To aid recognition of their products, companies develop brand symbols, usually in the form of logos. They use distinctive shapes and colors to differentiate these brand symbols, in some cases with such success that they can even omit the brand name and still be immediately identified.

The rainbow symbol has likewise become something of a cultural icon. Its adoption as an emblem for the LGBT community dates from 1978, when San Francisco–based artist Gilbert Baker had the original eight-color version produced for Gay Freedom Day. According to Baker, “For the past almost 40 years, the rainbow flag has stood as a politically powerful, meaningful, and also aesthetically effective symbol.” Like the Nike swoosh or the Apple logo, the rainbow symbol clearly points to something beyond its literal depiction—but to what, exactly?

One thought on “Selling the Rainbow: Why Rainbow-Washing Is Actually Bad Marketing”