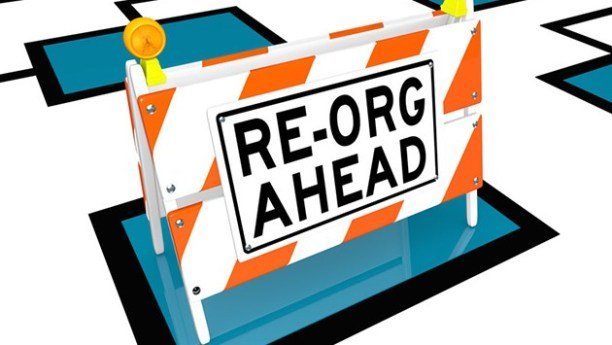 Delegate elections for the 2020 General Conference are now mostly complete in America. Methodists all over the world are following the numbers like it’s November during a Presidential election year. Leaders on all sides are declaring victory in a very divided atmosphere. How anyone can claim victory during such a tense season is beyond me. It’s self-aggrandizing and fails to recognize the complexities of what’s actually happening on the ground.

What Do We Know Now?

Despite big shifts in delegations, there is still not a majority who support inclusion (assuming central conference delegates don’t shift their votes). That truth needs to be heard, especially among proponents of inclusion who think the strategy of “stay and resist” is the way to impact long-term change. The math is only going to get worse as central conferences continue to gain delegates at the expense of American conferences. No matter which way you configure it, the mathematical way forward remains bleak for those who support inclusion.

All of that said, no “side” can lead with a 52-48 majority. A political mandate happens when a clear majority is established. If General Conference 2019 taught us anything, it taught us that you can win a vote and fail to win a mandate to lead. Traditionalists who thought General Conference 2019 gave them the mandate to lead are now seeing how wrong they were. Likewise, centrist/progressives need to wake up and see that while major shifts in delegations feel like big steps forward, the very best outcome (which they will fall short of) was never anything more than a similar slight majority.

In summary, Progressives supporting inclusion likely do NOT have the General Conference votes to overturn the Traditional Plan. And, if they did, the slim margin would not give a mandate for leadership. Traditionalists do NOT enjoy the majority they thought they had. And with all 5 Jurisdictions being led by a Progressive majority, Traditionalists should not expect to elect many bishops or determine the regional direction of Methodism in America for at least the next 4 years.

It’s now time for creative grown ups from across the spectrum in this divide to sit down together and come up with a reorganization of The United Methodist Church. We need to reorganize in ways that will equip us to better make disciples of Jesus Christ (our real failure no one wants to openly admit). And we need to reorganize these efforts in separate, but related, spaces.

But how? I’d like to offer 7 suggestions on how we could begin this massively important (and needed) effort to reorganize Methodism.

1) We Need a Compound, Not a Larger House

While many might want to use the language of John 14 to describe our need to find new rooms in God’s house, we need more space than that. Imagine a compound where multiple houses exist within a larger perimeter. Lawns may connect, but each house can exist as an independent house even if the overall address is shared. This “compound” called Methodism creates a scenario where no one “wins” the institution and we ALL have the shared task of reimagining as different houses (read: branches). If General Conference 2020 can pass this, a constitutional conference for each house/branch could happen as soon as 2022, but no later than 2024.

While we know intentional space needs to be created, what could we continue to share in our new Methodist compound? I think the very minimum (any possibly the maximum too) should be a sharing of our collective past and future — Archives/History and Pensions. Before you roll your eyes at the idea of everything coming down to money, keep in mind that our pension plan represents shared promises we’ve made to clergy who are now retired and who gave their lives in service to the church. Besides that, Westpath is one of our most capable agencies and they’re already ready to accommodate multiple entities. Why squander such an opportunity to minimize the costs of separation AND continue to share in the promises we’ve made to care for clergy who otherwise have no voice in the decisions we’re making anymore. The current Discipline includes a disaffiliation plan that makes separation very costly due to pension liabilities. Surely we can come together to minimize those costs for everyone.

3) Use the Current Jurisdictions to Redraw Annual Conference Lines

Instead of doing away w/ Jurisdictions, we could redraw AC lines within each Jurisdiction to align accordingly w/ new houses. This keeps Jurisdictions intact, and (hopefully) avoids the need for constitutional amendments. If the old saying is true that “all politics is local,” then localizing the work of separating and realigning is better done at the regional level and not the incredibly dysfunctional General Conference level. Annual Conferences could agree on a swapping of local churches and clergy. And Jurisdictions could creative undertake the work of creating newly drawn conference boundaries.

4) Negotiate Shared Space Within the Compound

Agencies like UMCOR, etc. can (and should) be shared within the newly formed compound called Methodism. That said, these agencies also need to appeal to the different annual conferences in a given area to create multiple sources for revenue. Our agencies do important work that no one else can do. But our agencies are also incredibly bloated and living in a culture of entitlement where apportionment dollars have always been guaranteed. The Kingdom of God deserves the hard work it takes to justify what we’re doing to serve it. And agencies owe us all more justification than just “we’re connectional after all.” I believe in the work of our agencies. But I do not believe any ministry should be sustained that cannot clearly articulate the impact it’s making for the Kingdom. Agency work may be streamlined in the short term. But it’s a long-term opportunity to hone and grow their ministry impact.

5) GCFA as Accounting Body (only)

GCFA should serve as the accounting body for the compound. Auditing the different houses is an important job an objective body should do. I imagine a General Secretary who is unbiased and (preferably) not clergy. Each house can name an under-Secretary who can work on how apportionments are structured and how money is spent. Each house/branch sets a household budget, but conversation throughout the compound can happen to determine if/where sharing can take place (or not) knowing each house is still accountable to a shared auditing process.

6) Add-On Features for Each House

Each “house” is able to do “add-on features” like agencies as they see fit. This means agencies like GBGM could have a counterpart in another house. It’s encouraged, but not mandated, for each house/branch to learn from colleagues doing similar work for other houses/branches. This way best practices are emphasized as we undertake similar ministries in different houses.

7) Gear Toward the Local First

Each house should start with strengthening ministry at the most local levels first. This means finding ways to strengthen ministry out of local churches and newly formed annual conferences. For too long local churches have existed to sustain an over-grown institution. It’s time for that emphasis to be reversed as we focus on disciple-making at the most local level first. Each Jurisdiction should emphasize and foster creativity in how churches and annual conferences do ministry and relate with one another both inside their house and across the compound.

These seven emphases are just a starting point. By no means do I think they are the only areas we should focus on. But the task of reorganization is so daunting, we have to start somewhere. What about you? What other areas do you think we should consider in a mass reorganization of Methodism?

The Rev. Ben Gosden serves as pastor of Trinity United Methodist Church in Savannah, Ga. This post is republished with permission from his blog, Covered in the Master’s Dust.