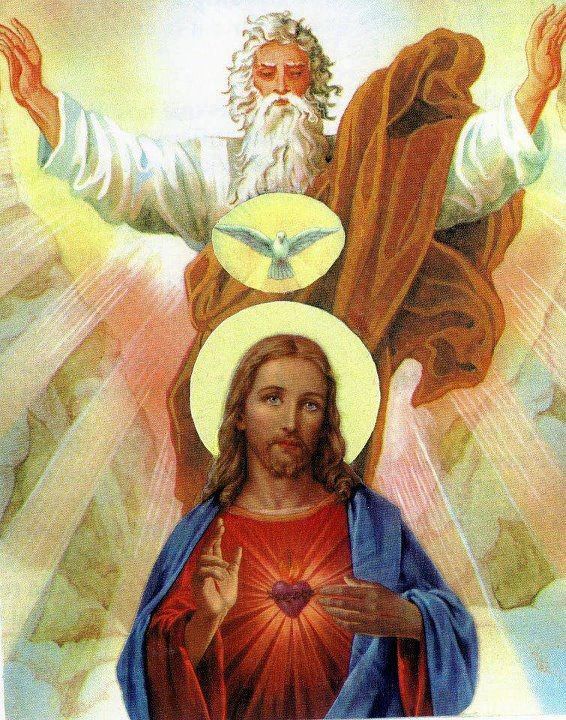 In recognition of the “solar eclipse” of Father’s Day (USA and UK) and Trinity Sunday, I am re-posting something I wrote last year, noting that in the absence of a feast in the church year for God the Father, Trinity Sunday is a most apt day of remembrance.

Further, let me note the near eclipse with Flag Day (USA) on June 14, on which Americans honor the adoption in 1777 of its “star spangled banner” and “the Republic for which it stands.” When I began my ministry in the Episcopal Church, it was the custom to parade the flag on national holidays in the sanctuary and sing the National Anthem immediately after the Doxology. (Vietnam protesters – now retired Episcopal bishops – shouted “Kill, kill!” as an antiphon. Oh, to be back in the Sixties!) The Episcopal Hymnal includes the American version of “God Save the King!” with this verse: “Our fathers’ God, to thee, Author of liberty, to thee we sing… Protect us by thy might, Great God, our King.”

I am not proposing a nostalgic return to a particular practice, but I do want to call attention to the basis for a kind of “patriarchal convergence” in a neglected text (see more below) where Paul prays: “For this reason I bow my knees before the Father, from whom every family (Greek patera) in heaven and on earth is named” (Ephesians 3:14-15). In this verse, I think, Paul roots respect of paternal authority in the family, the monarch (“Caesar”) and the homeland in the Person of the Father.

This patriarchal convergence is about as counter-cultural as one can get in today’s society. All the more reason to lift high His royal banner and celebrate Sunday as God the Father’s Day.