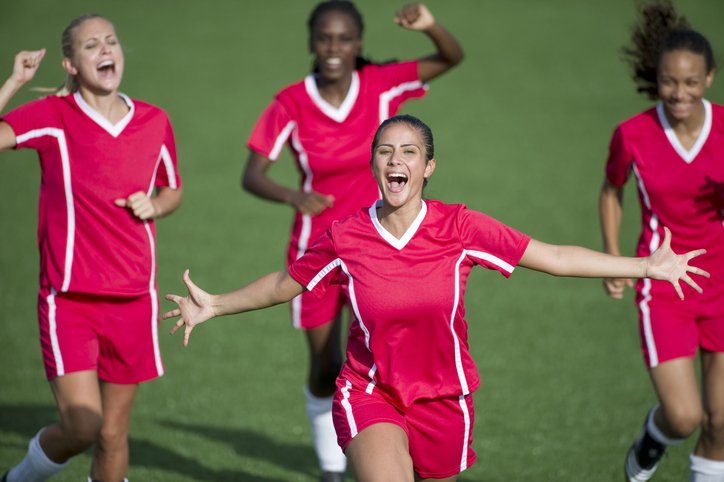 I did not have the opportunity to watch any of the Women’s World Cup match yesterday between the United States and Thailand.

Apparently, I didn’t miss much.

In case you missed it, the US squad beat Thailand 13-0. You read that right: 13 goals to zero goals. When I saw the headline in my morning paper, I thought it was a typo. Maybe they put in an extra “1” in front of the “3.” After all, scores of 3-0 are outright landslide victories in this, a sport that is frequently marked by 0-0 ties (“nil-nil draws” for the soccer purists).

(Editor’s note: this sport, using a round ball where usage of the hands is forbidden, is most commonly called “football.” We’ll let “soccer” slide for just this one reference.)

Or, if you want even more breath-taking excitement, you may have a 1-0 runaway match with all the excitement of watching paint dry.

First, congratulations to the US Women’s Team, the defending World Cup champs. In a tournament where every goal matters – they add them up at the end to determine tie-breakers between teams with the same records in the group stage – there is no doubt, if there ever was, that the US squad is playing for keeps.

Billie Jean King, the tennis legend, tweeted after the game, “Every goal matters when the goal differential is the tiebreaker in group play. Athletes should always play to their skill level. Full stop.”

The players and the coach said after the game that they didn’t consider pulling back during the game because to do so would have shown disrespect to their opponents.

And I get that. World-class athletes train to win. They are competitive by nature and by nurture. Telling them to ease up during a match is like asking a preacher to keep it short: they just can’t do it.

But 13? Let the criticism begin.

Why? Apparently, the celebrations were a bit over the top. Players were celebrating goal number 13 with the same enthusiasm as goal number one. Megan Rapinoe’s slide toward the bench with a kicking motion flourish is everywhere on the internet right now, for example. And I think that was the team’s ninth goal… or tenth. I lost count.

So the US team is being criticized for overly celebrating on the world’s biggest stage.

But let’s change the equation just a bit and see if that doesn’t help.

In Scripture, there’s the parable Jesus told about the lost sheep (Luke 15:1-7). Jesus points out to the Pharisees and the “legal experts” about the joy of bringing the lost into the Kingdom of God.

Jesus said there was a shepherd with 100 sheep. One got lost, and the shepherd went out and found it.

“And when he finds it, he is thrilled and places it on his shoulders. When he arrives home, he calls together his friends and neighbors, saying to them, ‘Celebrate with me because I’ve found my lost sheep.’” (CEB, emphasis added)

To my way of thinking, Jesus is talking about making disciples. And, he’s talking about celebrating after one is found. Does that mean we don’t celebrate when two are found? Three?

The new vision statement of the Baltimore-Washington Conference – “Transformed Lives Transform Lives” – calls each and every one of us to make new disciples of Jesus Christ.

I don’t know about you, but I want to celebrate every single one.

The Rev. Erik Alsgaard serves on the communications staff of the Baltimore-Washington Conference. This post is republished with the author’s permission from the conference website.